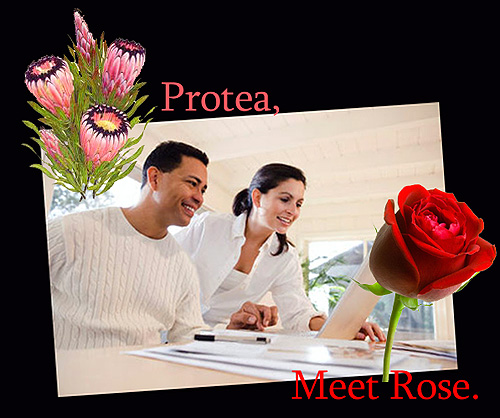 Last week America’s Marriott announced it was acquiring South Africa’s Protea, a fireworks signal of how tourism is changing in Africa: Fewer groups, fewer inclusive guided trips for individuals, and much more opportunity for the independent traveler.

It’s no surprise and continues the long-term trend powered by the internet that brings consumers closer to their travel product, slowly but surely reducing the use of a travel agent.

It further reflects the shortening span of a vacation in America, and the near hysterical price competition Americans bring onto the world market. Marriot will become the largest single hotel player on the continent, a revered market position that will be able to control price with manipulations of capacity.

Protea Hotels in its current form began in 1984. In those days, still deeply shackled by apartheid, South Africa’s hospitality market to survive had to develop a home-grown component rather than strictly relying on foreign visitors.

The growth of foreign visitors to South Africa in the 1980s was inhibited by apartheid, not just by the policy which many travelers found distasteful, but by a growing number of sanctions which, for example, excluded South African Airways from easily refueling anywhere on the continent.

Ronald Regan’s sanctions on much of South Africa’s businesses extended to its hotel and hospitality industry as well.

Protea was a creative solution. In the beginning it marketed strictly to South Africans. The famous and then ingenious Protea Hotel Pass, which would later be adopted and expanded in such places as New Zealand, allowed frugal travelers to buy a certain number of nights, then use them anywhere throughout the chain.

South Africa had a vibrant internal domestic tourism, as well as considerable business travel especially between the main cities of Cape Town, Johannesburg and Durban. The Protea chain exploited what was then the South African business culture: hell with the rest of the world, we can go it alone.

And they did it quite well. The hotels were simple but much more attractive and comfortable than a comparable American motel chain like Holiday Inn at the time. The rooms were more colorful, more completely furnished, more individualized, but smaller and more compact than a traditional hotel’s.

Restaurants and bars were functional and well priced but served much more fresh food, for example, than an American motel restaurant. All told, it was a very pleasant, warm and inviting environment.

Most importantly, though, was Protea’s direct marketing. Even back in the 80s, when practically every tour and hospitality vendor gave handsome commissions to travel agents and tour operators, Protea was stingy. Its business plan didn’t allow for a large margin, so it was clear the hotel had to hook the customer directly.

That isn’t to say it didn’t partner with other components of the industry, like at the time large local tour operators such as Springbok Atlas, but it did so with hesitation.

When EWT was a very large wholesaler in the 1980s, sending several thousands of Americans annually into Africa, and when I had a personal office in Johannesburg preparing for the end of apartheid, one of my main tasks was to find a South African hotel partner.

Protea just wasn’t interested. Or I should say more honestly, not interested in serious commissions. At first I felt we were positioning ourselves incorrectly, but then I learned from my colleagues that it was the same across the board.

It seemed very strange at the time: And it was a bad idea for the eighties and nineties and was probably the reason the company’s growth stalled with the end of apartheid.

But the business model that relied nearly exclusively on cutting out the middle man is now the way of the world, and whether Protea was prescient or just enjoyed a lot of dumb luck really doesn’t matter, anymore.

Protea succeeded. In some ways you can argue that Protea anticipated the internet.

When apartheid ended Protea snuck into neighboring countries. It never blossomed anywhere outside South Africa, and I think that’s because direct consumer transactions in places like East Africa simply didn’t exist until recently.

So in places like Nairobi, Arusha and Dar-es-Salaam Protea staked its fortune on South Africans traveling there, and that was never a large enough market for sustained growth. Nevertheless, Protea has stayed in East Africa, and the new endorsement by Marriott is a certain affirmation that both companies believe that even in these less developed parts of Africa, direct consumer sales are coming.

Most hotel bookings, today in America, are done directly by the consumer, and so in that sense Marriott isn’t changing its game plan. But the earthquake statement Marriott is making is that American consumers are now ready to use that style when traveling to Africa. Anywhere in Africa.

And there’s no better quick way to reap that market than acquire Protea. They’ve been doing it for years.