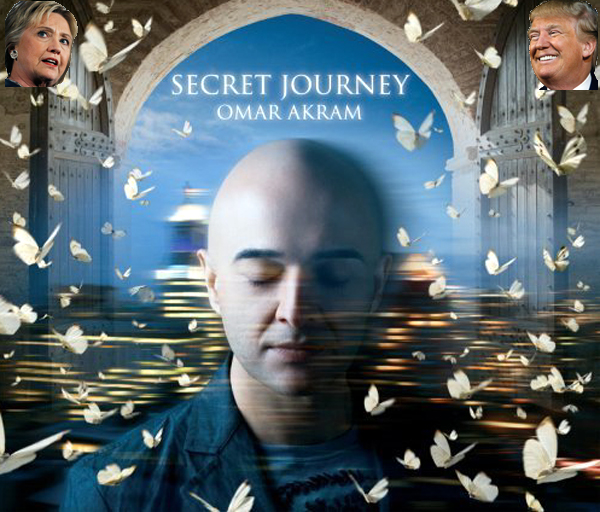 Joy Reid remarked last night that her father was Congolese, and she compared her experience today as a reporter covering the American presidential campaign to living in the Congo. There is much good to learn from Africa. But it seems that all we’ve learned is the bad.

Sometimes as I set out on a journey in Africa I was never really certain how it would end, or more exactly the details of its ending. But my success has come mercilessly from intuition: I learned like many Africans to trust fate and not try to meddle with it too much. Foreigners decry such irresponsibility. They were never forced to choose between Trump and Clinton.

So we got home fine, and I slept comfortably and got up early around 5 a.m. to check emails. Some of our clients had their luggage lost over the weekend in Madagascar, so I knew I’d have to deal with that.

The internet was down.

The phones were down.

Often in my cubby hole in a shared office in central Arusha, this happened all the time. So my African friends and colleagues taught me to prepare all my emails and queue them up in Outlook. Remember Outlook? It was a godsend, because the moment the electricity returned or the internet came back up, whoosh, they all went out. Tedious, but there’s always a workaround, my boss explained.

He was never forced to choose between Trump and Clinton.

It’s bad enough that America isn’t working right when so many solutions are so obvious. Chris Brown, the often hated controversial trash-talking rock star dared to hold a weapon-free concert in the terrorized Kenyan city of Mombasa over the weekend, and he did more with his single concert to defeat extremism than Bush/Obama and NATO combined and certainly revealed a path for any incoming politician to follow.

Except Trump or Clinton.

It’s time for some music. Egypt has some of the most intellectual and wise people on earth. They alone understand Trump vs. Clinton. They conceded their flirtations with freedom and liberty to impede self-destruction.

The lament for this awful state of submission is so beautifully expressed by an Afghan-American: Listen to this, then weep for us all.