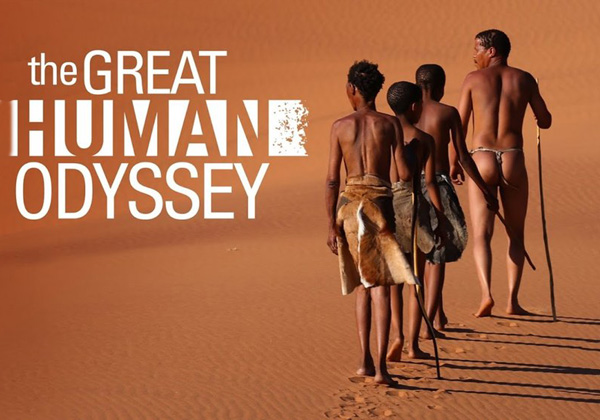 Migration is a central issue today throughout the world. Misunderstood, mishandled and out of control, literally millions of people are on the move because of war and unfair economies. Don’t we realize that it was migration that saved us all?

A recent Nova production, The Great Human Odyssey, is a brilliant story that reminds us again and again that we, homo sapiens, survived for one reason and one alone: We moved when we had to.

We moved when climate was ready to kill us. We moved to conquer and avoid being conquered. Sometimes, we moved for no good reason and later called that, “exploration!”

But because we moved and inferior species didn’t, we survived and they didn’t.

This splendidly clear depiction of ourselves comes with the increasing accuracy of DNA typing technologies.

It’s been accepted for some time that all we humans are descendants of an early migration of our kind out of Africa some 100,000 years ago. Previous migrations that left similar descendants in places like China died out, and earlier hominin colonists like the neanderthals died out or succumbed to our superior survival abilities.

So what’s new? All sorts of things!

I should tell you at the onset that I believe this news presages even more news, and that even more news will likely dispel the notion that we all descended from a single small band of homo sapiens migrants 70-80,000 years ago.

I reach this conclusion because that notion is all but already dispelled! New genetics I wrote about several weeks ago has pretty much proved there were at least two traceable bands of homo sapiens migrating out of Africa separated by tens of thousands of years that ultimately contributed to us.

If there were two, why not three, or fifty? The quick answer to that is that genetics doesn’t yet suggest this, but as comprehensive as global testing has become, it still hasn’t surveyed a wide enough swath of humanity to put to bed the plausibility of many, multiple emmigrations from Africa.

But what it has shown is incredibly exciting:

– Native Americans are, as their own myths suggest, unique on earth. A composite of two very different and now extinct races in Asia and eastern Russia, they crossed to Alaska during the last ice age and populated all of the Americas, their ancestors in Asia and Russia long extinct.

– Melanesians sailing the world’s oceans strictly by memorization of the arrangements of stars (no tools) populated most of the Pacific and even small areas of Chile hundreds perhaps thousands of years before the Spaniards.

– We dominated Neanderthals who had larger brains than us, perhaps because we had art and language and they didn’t! At the apex of the last ice age, we moved away from northern climes where we had existed with them for hundreds perhaps thousands of years. But they didn’t leave. We survived. They didn’t.

There is of course much more to the Nova production than this bit of political innuendo. But I think the producers knew quite well this conclusion would come at an appropriate time.

Early man moved to survive. Syrians, Libyans, Nigerians, Yemenis – they move to survive, too. We are the same species. We all moved in the past. To impede the movement to survive, migration, is to deny our own humanity.