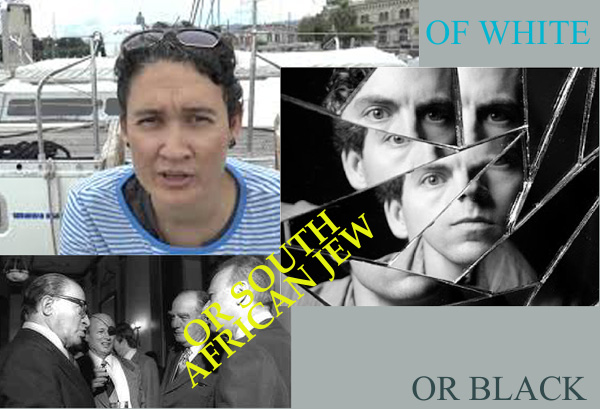 South Africa’s long, mystic relationship with Israel is severely tested today as Israel decides what to do with the all-women crew its Defense Forces captured yesterday off a private South African yacht headed to Gaza.

The South African/Israeli relationship is incredibly sensitive and complex, and I believe disturbing. It will be very interesting to see what Israel does, today.

The largest group of Jews in Africa continues to live in South Africa, just under 80,000 of a population of 50 million. Jews first immigrated to South Africa in the mid 1800s, mostly from Lithuania. They became instrumental in the development of South Africa’s new gold and diamond industries and were quickly integrated into the Boer society as the movers and shakers of business.

As Nazi influence grew in Europe the Boer leaders of South Africa supported the Germans. At the time, though, Boers were not in power – the government was decidedly pro-British. In fact one of the future leaders of apartheid, John Vorster, was at the time jailed for his secret Nazi sympathizing.

By the end of the War there were more than 104,000 Jews representing 4½% of South Africa’s white population. That distinction, of course, became terribly important.

Immediately after World War II the Boer’s National Party took firm control of the government and began instituting apartheid. Remarkably, the majority of the Jewish South African population – many who were refugees from Nazism – supported the Nationalist government and the apartheid policies.

It was certainly not universal. There were many famous Jewish anti-apartheid leaders, including Helen Suzman of the White Sash Movement, and the leader of South Africa’s communist party, Jo Slovo. But certainly the majority supported the racist policies and this, in particular, is what cemented the unusual South African/Israeli relationship.

For a long time Israel opposed sanctions against the apartheid South African government. Israel is widely considered to have given South Africa nuclear weapon technology.

I found myself an example of this unusual relationship. Guiding safaris in the eastern Congo in the 1980s, I paid pilots of sanction busting DC3s flying between Tel Aviv and Johannesburg $65 for each of my clients to fly us the relatively short hop from Beni to Goma.

We would climb into the unmarked silver planes and sit in bank seats along the windows strapping ourselves to the side of the plane and holding jump straps, because the center of the plane would be occupied by armored personnel carriers.

(I don’t think the pilots themselves knew where the weapons were going but it was most likely for the South African/Angolan war.)

There were many prominent South African Jews who supported the apartheid government then became stalwart supporters of the current anti-apartheid government. Perhaps the most famous is Justice Richard Goldstone, and he takes our tale back to today.

During his time as a judge he upheld many apartheid laws, including a number which resulted in executions of opposition leaders, but he also became famous for striking down a number of apartheid provisions which at the time was considered quite bold.

More than any other personality, Goldstone represents the mystic if schizoid personality of the Jewish personality in South Africa.

Goldstone was instrumental in keeping South Africa together as it transitioned from apartheid to non-apartheid, and there was no more famous institution that he guided in this regards than the Goldstone Commission. Really for the first time in South Africa’s recent history, the commission transparently revealed many of the worst atrocities of apartheid.

In 2009 the United Nations’ Security Council tapped Goldstone to investigate alleged atrocities of Israel’s terrible bombing of Gaza in late 2008 early 2009. Goldstone found Israel culpable and a political firestorm erupted. Less than two years later, he changed his position and apologized for the findings.

Jurisprudence prides itself on being more technical than amoral, but I find the distinction superfluous. Goldstone represents the conflict, the real schizoid personality that plagues every good-thinking Jew who supports the concept of Israel but also finds themselves supporting apartheid, and by not so tentative extension, Israel’s handling of the Palestinians.

So today South African Leigh-Ann Naidoo and her all-women crew are in Israeli custody, protesting what they call Israeli apartheid.