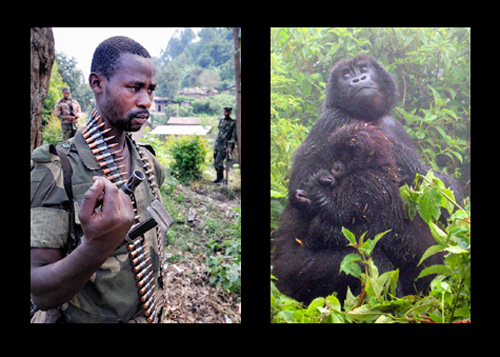 Rwanda is beginning to boil. Genocide is not in cards, but tourism is definitely jeopardized.

Last month the UN issued a report clearly implicating Rwanda in the growing conflict in neighboring Congo. Western countries on the Security Council responded with reductions of aid and other sanctions, and the situation is growing tense.

The mountain gorillas live in an area that straddles the three countries of the Congo, Uganda and Rwanda. There is fighting in The Congo and it’s never achieved a level of safety capable of a stable tourism industry.

Uganda remains unstable for tourism, and the market has confirmed this. A mountain gorilla permit remains $750 in Rwanda and the 56 daily permits are often booked up a year in advance. In Uganda you can now obtain a permit for around $350 for the day before.

As the situation in the Congo escalates, the safety or more correctly, the well-being of tourists visiting Rwanda is jeopardized. I’m not warning tourists to avoid Rwanda, now, but it’s very important that those who now book gorilla ascents recognize that future events could impact the efficacy of their planned visit.

They should be prepared and willing to cancel at the last minute.

While violence is increasing in The Congo, there is no violence in either Uganda or Rwanda and nothing right now to suggest any. The point it that the same discomforts and apprehension tourists traveling to Uganda to see gorillas feel today might in the next year or so develop in Rwanda as well.

These discomforts and apprehensions are often minor. We as guides are effected by them much more than the tourist. They’re manifest mostly in a breakdown of park patrolling and authority, the increase in the necessity of bribes, and the breaking of conservation rules especially those applied particularly to tourists visiting the gorillas themselves.

Eventually tourists begin to feel these, though, and that’s the reason for Uganda’s huge market decline right now.

Rwandan Tutsi seem to be throwing down the mantel, and that’s not good for tourists. Popular local journalists are growing increasingly offensive to Americans, especially.

Sensitive American tourists are now reporting the unease themselves.

The complicated problem in the area is the same as it’s been for centuries: Hutus versus Tutsis. The violence has a colonial culpability to it, and the inability for any lessons to have been learned from the great genocide of 1994 is squarely the blame of western countries, particularly France and the U.S.

I find it singularly ironic that Bill Clinton, the principal reason the 1994 genocide was not curtailed (and he has admitted this as his greatest foreign policy failure) was in Kigali a few weeks ago acting totally oblivious to the storm clouds gathering.

The UN experts determined last month that Rwanda was directly funding and in other ways supporting the main Tutsi militia group that has successfully beaten the UN peace keeping forces in several battles in the last several weeks.

M23 has taken control of considerable territory in Kivu Province and is threatening the major town of Goma. Refugees are fleeing by the thousands. The UN is in an enormous dilemma as the current peace-keeping force will be unable to curtail further M23 advances.

Following the Rwandan genocide in 1994, perhaps a million Rwandan hutus fled into the less stable eastern Congo. At first they were treated as refugees and supported by the UN but over time they became a powerful militia known as the Interamwe.

Rwanda and to a lesser extent, Uganda, supported any armed group that could push back against the growing power of the Interamwe. As time passed allegiances grew complicated, as did the politics of the greater Congo nation. In an attempt to establish authority in the far eastern Kivu province, Kinshasa essentially provoked more war in Kivu, stirring up the pot further.

Out of this extraordinarily complicated mess emerged “M23,” a militia group decidedly Tutsi. One of its first commanders is currently on trial in The Hague for crimes against humanity, specifically the conscription of children as soldiers. But M23 continued and is today the single greatest threat for stability in Kivu.

And the UN with western nations’ affirmation has charged that Rwanda is illegally supporting M23.

This will not be solved soon. Rwanda is one of the most dictatorial countries on earth, but that alone shouldn’t stop aware tourists. Safety is the paramount issue. And “well-being” which includes being able to have fun, is intrinsic to any valuable travel experience.