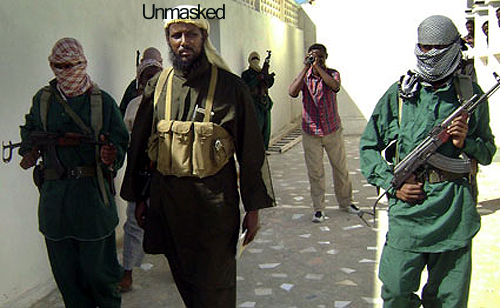 This past weekend’s Navy Seal operations in Libya and Somalia mark a turning point in the Obama Administration’s successes against terrorism in the U.S: the Somali raid in particular has made America more vulnerable now to terrorism.

I’ve not been a particular fan of the five years of growing American military involvement in Africa, but as I’ve written my judgment was suspended because it seemed to be working … for America. It was definitely not working for Africa.

The Westgate Mall attack, and a year before an even great attack on a bar in Kampala, were all announced revenge attacks for military successes ostensibly achieved by Kenya and Ugandan armies.

They were more fundamentally military actions by France and the United States, using Ugandans and Kenyans as their proxies. That fact alone is disturbing. It’s a bitter return to Cold War mentalities on how to resolve conflicts.

But the covert operations, in spite of lots of good professional journalism that unmasked the French and American involvement, seemed to be making America safer as Obama systematically took out his enemies one by one through drones and targeted battles.

But last weekend’s operations, intentionally or not, have been brought into the front of the public conscience, in both the U.S. and Somalia. Five years of covert action seem to be over. It’s now admitted and explained, with scant regards for the sovereignty of African nations.

The New York Times detailed explanation of the Barawe attack followed by the BBC report of the Liby capture mean that either the Obama Administration is no longer capable of keeping a secret, or that journalistic interest has just become too intense.

Either way, the cat is truly out of the bag, now. No longer covert, in my opinion, hardens the terrorists’ resolve and challenges them for a response.

It’s academic whether this change is a result of sequester stressed by a government shutdown, or more conspiratorially an attempt to deflect criticism of Obama in general at a critical time for American politics, or just plain journalism finally catching up with public interest.

You see I don’t believe terrorists are all that aware, so to speak. I don’t think they’re news junkies like us or have any more of a sense of geography of America than Americans do of Africa. I believe, for example, that the Nairobi airport fire was definitely an act of botched terrorism, and that likely most acts terrorists attempt are botched and never heard of.

In part this is because of the West’s increased security, but it’s also because the main terrorist organizations are falling apart.

There is little left of al-Qaeda or al-Shabaab. As we saw several weeks ago in Nairobi that doesn’t mean there won’t be more dramatic terrorist events. It just means that it’s less likely, and unlikely that such events will further the power goals of their organizers.

This will be particularly true if like the Kenyans it’s understood that a response of the sort American organized after 9/11 is counterproductive. And I think most of the world, maybe even America, gets that now.

Terrorists today are unorganized. We’ve learned how transnational they are. We’ve discovered that many are truly deranged and that political or religious aspirations are no longer their principal motivating forces.

That’s why I can’t understand the change from covert to overt action.

The terrorists and their local supporters were as shielded from the truth of American involvement as Americans were. There was less of a chance when operations remained covert that any response would be against America.

But we’ve taken off our boxing gloves and mask. We’ve invited them to fight.

I still think their remaining reach is far more limited than it was before 9/11, for many good and for many bad reasons. But my judgment is no longer suspended about America’s militaristic involvement. I don’t think there’s a possibility of a net good from the type of operations which concluded last weekend in Africa.