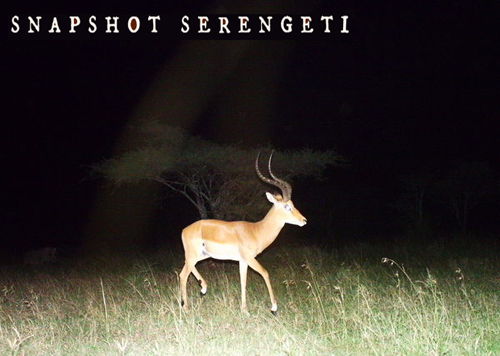 Snapshot Serengeti is working masterfully, and not just to help the science of the Serengeti but to unmask once and for all the increasing fraud of quasi tour experiences purporting to need the traveler to accomplish some scientific or cultural mission.

A plethora of tour companies selling travel experiences supposedly to help usually unqualified researchers or exotic project managers will never satisfy consumers’ demand to validate their experience by other than just enjoying or learning.

That’s often perplexed me. Curiosity should be enough to motivate travel. A good guide can in 20 minutes convey, inspire and make memorable a foreign experience a thousand times more successfully than a poorly fed grad student desperate to create a published study.

Indeed, learning first-hand is an even greater motivation to travel, and to be sure there are times that without actual participation in the mechanics of a situation, the understanding is scant. But as I’ve often written, that scant understanding is worth it, and attempts at full understanding by volunteering is usually compromised entirely by the amount of time the volunteer is willing to give.

EarthWatch is usually the single exception, particularly in Africa, but it is not always so. WorldTeach, International Volunteer, Cross Cultural Solutions and Full Center are examples of basically well marketed tour companies purporting to do good work abroad by organizing short vacations towards “giving” rather than “receiving.” And they are basically frauds, doing little good other than satisfying the guilt of travelers and building the equity of their companies.

In many many ways, they are identical to the tens of thousands of small church missions with very dedicated volunteers whose projects are tenuous as best, destructive more often, and usually producing a very bad culture of dependency.

But in addition to the early EarthWatch programs and a core of good ones the organization produces regularly, there really isn’t another pay-to-volunteer experience in Africa worth commending. Until now.

The dean of African lion research, Craig Packer painted himself into the inevitable researcher’s basement of too much data. Like so many scientific projects, as money is raised for a goal it’s spent immediately, so Packer raised the money for 225 robotic cameras throughout the Serengeti that were motion or heat triggered.

The goal was to acquire so much definitive research about the whereabouts of various species throughout the year, that a truly definitive study of the Serengeti’s very fluid ecosystem, driven primarily by the great wildebeest migration, could be started.

But suddenly the study had 4.5 million photos, certainly enough to reach some at least initial conclusions, but no way to digest such voluminous data.

Nor has Google Recognition achieved the ability to distinguish between a topi and a hartebeest at 100 meters from less than a high quality lens.

And yes, you can actually make a difference. And it doesn’t cost anything.

Packer using Zooniverse signed up 15,000 volunteers (in ten days) on line who felt they could identify African animals. A few, more qualified programmers wrote an algorithm created from the initial detailed study of volunteers to determine the likelihood that the identification is correct.

So by giving a certain multiple number of individuals the same packet of photos to identify, and correlating their answers with the algorithm specifically created for this specialist project, real data is mined at phenomenal speed.

In fact so fast, that the cameras are having a hard time keeping up with the refined results produced from the volunteers.

This works. There’s no fraud involved, and everyone involved can be assured that what they’re doing has real scientific value.

Congratulations to the InfoAge, the Serengeti Lion Project and Zooinverse!