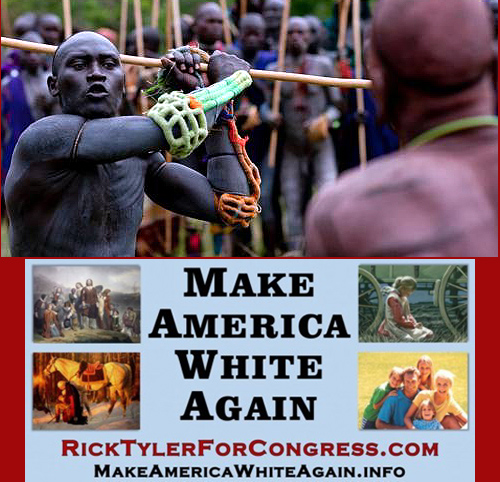 Britain’s dominant tribe, the Conservatives, has been hoisted by its own petard. Long live the Queen.

Tribalism is a cancerous phenomenon: once it takes hold it’s hard to stop. It grows much faster than other social phenomena like welfare or desegregation. It forces those around it to also become tribal, even against the better judgment.

Brexit likely means that Scotland will secede. Conservative movements throughout Europe get an enormous boost. This morning tribalism is all powerful.

One of the first western anthropologists to study tribalism was Margaret Mead, and one of her best current disciples is the Australian, Roger Sandall.

Sandall was intellectually marginalized by a now going-out-of-date notion that ethnic identity is preeminent in any social situation. He suffered unfair criticism that he’s racist.

But Sandall’s interpretation of Mead is perfect for what happened in Britain yesterday as well as the growing sentiment worldwide to retract into small social units and “go it alone.”

Sandall wrote that Margaret Mead understood “culture [is] more valuable than its people… that the intellectual features of tribalism cannot be defended; that its moral code leaves much to be desired; that its economic assumptions obstruct and stultify.”

Tribalism is Africa’s greatest single plight, and I’m constantly inspired by how vigorously young Africans try to shake it but to date simply haven’t succeeded. The trend is there, however, and I’m convinced in another generation or two Africa will have become one of the least tribal areas on earth.

Then why this regression in our (theoretically more developed) world?

So when some Joe gets his hands on it, he has to do everything possible to keep it from the rest of us.

One of Joe’s most successful ways of doing this is to flaunt his wealth, power and glory, to convince us nincompoops that we can all be like him if we just do what he says.

And what he says in clever ways secures his wealth, power and glory at the expense of us ever being able to achieve it. He convinces us to act, to vote, against our own self interest.

That’s lying. That leads to a whole new set of techniques to make us think it isn’t lying, or that lying doesn’t matter.

That’s too bad. But it could be good for Kikuyu Kenyans, American Republicans, Le Pen Français and ANC South Africans. If the pound tumbles quickly enough there might be time enough to witness the British sot getting sotter before these others start to destroy themselves, too.

Ultimately tribalism won’t work. Mead and Sandall are correct. The requiem for British conservatism is now our formal example. American Republicans might be the next.