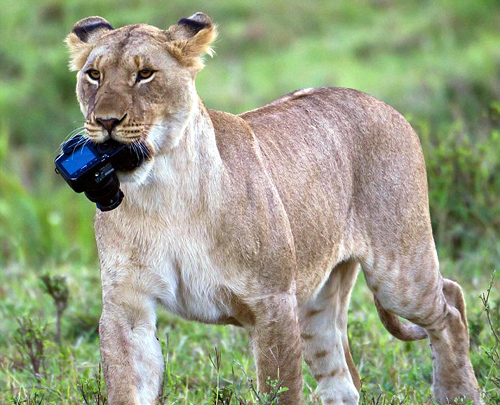 Get ready Africa! This looks to be a boon year for safaris, as next looks ready To Crater, pun intended.

Bookings are solid, better than in years, and some chain lodges are oversold. This is because of three reasons.

First, rich people have gotten a lot richer as the Great Recession sets in the horizon.

Second, the northern hemisphere’s lousy weather for the last few years continues this winter. Either it’s Europe or the U.S. that the polar vortex falls onto like a tipped over Scottish cap, and Africa is associated with heat!

February is traditionally the time the safari season really gets going, anyway. After the lull that always follows the high year-end holiday season in East Africa, February is “snowbird season” the nickname for northern hemisphere residents who just have to leave home when it’s cold.

It’s always intrigued me how tourist seasons have evolved. It makes perfect sense, for instance, that some living in the cold winter northern hemisphere wants to visit Africa in the depth of his winter. Or how people who can only take their vacation in the traditional season, summer when school’s out, travel then. 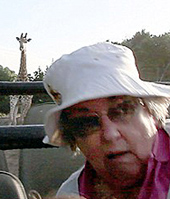 So nothing unusual about that.

But what is striking is how the industry has then completely lied by insisting the time that tourists want to travel is also the best time to go, too!

East Africa’s on the equator, so temperatures don’t change much over the course of the year. The amount of daylight, time for scheduled activities, doesn’t really change. That doesn’t mean, though, that there isn’t a better time and worst time to for the “perfect safari.” But it does mitigate any gross difference.

Of course “best” and “worst” are terribly relative terms. My very personal best time to visit southern Africa is as much into their summer (our winter) as my tolerance of heat and humidity allows me.

Temperatures in the Okavango Delta and the adjacent pans areas are regularly above 100F with frequent thunderstorms when the game viewing is best! Well, that’s kind of tough, although if you can handle that, February is probably “the best time to go.”

(As I age I’ve been sliding a bit further down the season.)

But from my point of view July and August are absolutely not the best time to safari in the south, but it’s one of the highest seasons for Americans to travel there!

It’s a drab and dull landscape, then. The leaves have all fallen to the ground, it’s dust dry and bitter cold in the morning. Although some crazy camps take 6 a.m. game drives, the sun doesn’t appear until around 730a, and it’s dark before 6 p.m.

And believe me, the animals don’t like it, either. You know what a bear does in the winter. Well, it’s not exactly that bad, but there aren’t any babies, there’s a definite lull in activity and I once wanted to put a coat over an impala it was so immoveable.

Now keep in mind that fortunately for the south, there’s much more going on than just safari activities. Cape Town is exquisitely beautiful year-round. Coastal wildernesses like the Tsitsikama Coastal Forest and St. Lucia wetlands are beautiful in the south’s winter! And with very tolerable temperatures that are moderated by the cooling of the great oceans, they’re near ideal in the summer, too!

Festivals, out door concerts, peaks in sports matches, and all the other touristy stuff you’d expect from city planners soliciting your buck are at their peak in the south’s summer (our winter). Of course the great historical spots of southern Africa, particularly throughout Zululand, are the same and fascinating at any time of the year!

There’s been unusual amounts of rain in all of sub-Saharan Africa over the last few rainy seasons, but I have to stop saying this, because it seems like every year in recent memory this has been the case. And if not too much wet, then a drought. Nothing in between.

So a truer statement is that everyone is getting used to unusual weather. Unusual wet. Unusual hot and unusual cold. Itineraries are adjusted to avoid places like Tarangire and Manyara in Tanzania which are getting routinely flooded out. And camps and lodges that are bucking the trend are investing in better tracks.

Regional and local marketing is developing aggressively. African tourism is a volatile market. It’s always had extreme ups and downs.

This year is a definite UP. Next year, especially as price squeezes budget and trips get shorter many worry that only the highlights are certain survive. It might just be a 3-day safari of nothing but the [Ngorongoro] crater!