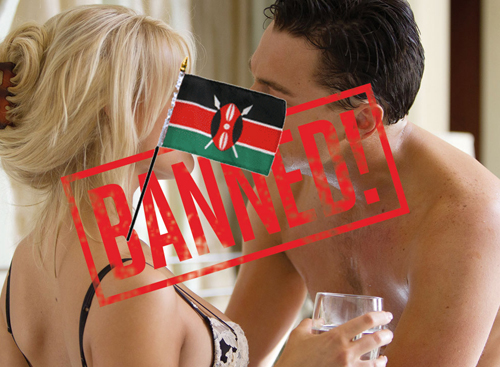 The Wolf of Wall Street has been banned by Kenya and Uganda, along with much of the rest of the world, and as a result will probably be the most watched movie this year in Africa.

Free speech isn’t relative, it’s immutable in Africa’s young societies. In contrast for example with China where government institutions are strong and decisive, Africa’s societies are run by weak governments.

They have a hard time collecting taxes and an even harder time banning films.

In fact, they aren’t really banning films. They’re banning the collection of film royalties, really, and so I say, “Here! Here!”

In Uganda where banning films is a pastime, the global Cineplex theater in Kampala had the film on its marque Saturday and had actually sold tickets and seated customers when an announcement came that the film had been banned there, too.

The film will likely be banned in more than half the world’s countries, almost all in the developing world, Africa, Asia and the Mideast. In many others editing out scenes has been negotiated with the film producer to allow the performance, notably in India.

According to a spokesman for the Kenyan Film Board, the film’s producers didn’t reply to their request for special editing “leaving them no choice” but to ban the entire film.

India is a much bigger market than Kenya.

The irony in all of this is twofold. First, the result is that more people will see the film.

“I am actually watching it right now,” a Kenyan Facebook user posted after the ban. “Maybe the Ayatollahs in your board should come to the year 2014 and discover something called the internet.”

Not just the internet, either. Pirated copies (which are actually very decent in Kenya, I know) were selling like hotcakes.

“The pirates went into overdrive,” wrote Kenya’s favorite journalist, Obbo. He talked with an “underworld” pirateur who “dashed to make 25 copies, sold 20 within minutes – a record.”

That’s the second irony. The film will now be seen by more people than ever. Many millions of Kenyans cannot afford the $7 it would have cost to see the film in the theater, and while that by itself would not have stopped pirating, there would simply not have been the demand.

So in underworld off-the-chart internet sites and on every corner of Nairobi the film is being passed from one person to another to another. It’s providing a reasonable income for unemployed techies and Scorsese, well, he won’t get his share.

The Kenyan Film Board is useless, the producers of Wolf are out of pocket.

To watch a grilling Kenyan television interview of a spokesman for its Film Board, click below