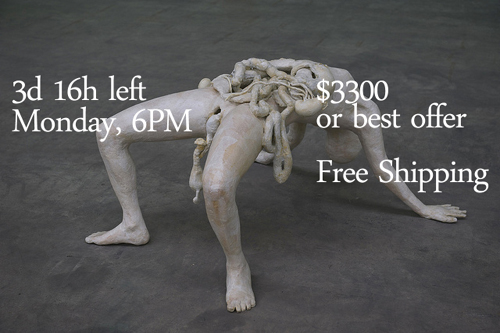 Tanzania has embraced a Wall Street Journal suggestion last week that a free market should be created to buy and sell human organs.

“It is none of our business,” Tanzania’s Minister for Health and Society Welfare said yesterday affirming the Tanzanian government’s position that it would not oppose such a market. He then confirmed that it’s perfectly legal for Tanzanians to sell their organs to the highest bidder.

The Journal’s Saturday essay argued that kidney transplants add more than 20 years of life to those in need, and that two kidneys aren’t necessary for a healthy life.

“How can paying for organs to increase their supply be more immoral than the injustice of the present system?” the journal asked.

The authors estimated that an open market for selling kidneys would result in an expected cost of $15,000 per kidney.

In acknowledging the Journal article more quickly than the Tanzanian government normally acknowledges a health epidemic on its own soil, the Minister pointed out that there are already robust donor markets in Iran and India.

Two kidneys might not be necessary for a healthy life, but removal of any organ, even the redundant second kidney, is not without risks. Even if those risks are small the notion of literally selling part of yourself for cash belies desperation.

And in a “free market,” one that is truly global, there’s little doubt that the most desperate in the world would quickly become the suppliers. Suicide bombers and all sorts of other criminals are often little more than lives for sale. Reducing humanity to a commodity is the basest form of oppression.

The Journal article touched on alternatives that such countries as Denmark are employing, called “implied consent.” This presumes that everyone who dies naturally allows whatever viable organs remain to be taken and reused.

But such a policy if adopted worldwide would decimate the capitalist alternative suggested by the Journal. As shocking as it may sound, there are likely far fewer natural deaths that would result in viable organ donating worldwide, than there are living persons in the developing world willing to sell their organs.

Imagine if the going rate for a kidney in the U.S. was $150,000? That’s the equivalency with Tanzania’s economy. Imagine advertising this in Appalachia or Flint, Michigan. Imagine white buses with ambulance attendants and Brinks Trucks behind them.

There’s something terribly wrong with this scenario, whether it is in Flint, Michigan or Arusha, Tanzania.

Yet the Journal article is not ground-breaking. HBO Producer of the “Tales from the Organ Trade” and three-time Emmy winner, Simcha Jacobovici, is an aggressive advocate for allowing anyone to sell their organs for the highest price:

“For my part,” Jacobovici writes in the Times of Israel, “I am no longer a dispassionate reporter on the issue… Some suffering we cannot alleviate, but this suffering has a simple solution. While tens of thousands need kidneys, tens of thousands want to sell them. We each have two kidneys. We only need one.”

The fact of the matter is that voluntary organ selling has been occurring throughout Africa for a long time, widely reported from Kenya to Nigeria. But there has been little comment about it until now and virtually no criticism.

The Journal article has forced the topic out, giving advocates of live donor selling in the developing world significant credence to the position that there is nothing immoral to the practice.

It is an incredible dilemma. My first reaction is that there is nothing baser than turning humanity into a commodity. My second reaction is that authority over one’s own physical body is inalienable: how can we the rich tell them the poor not to sell themselves?

“The answer is a definitive ‘No.’ The selling of an organ violates the dignity of the human being,” according to the Catholic Church, and virtually all major religions argue similarly.

But religious doctrine in my opinion is largely responsible for the multitude of dilemmas Tanzanians currently find themselves in, today:

For many millions in the developing world selling an organ is the difference between life and death. Twice.