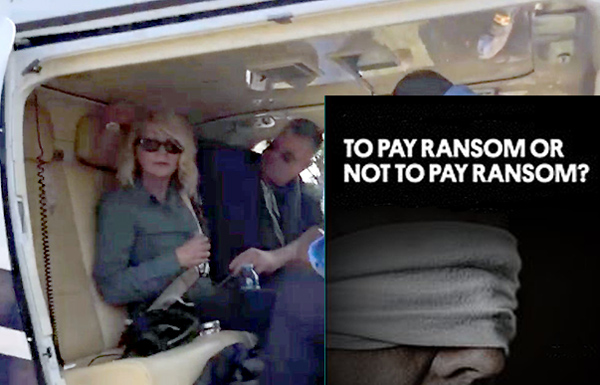 The Trump Administration has reversed a long-standing policy of the American government to refuse to ransom kidnapped Americans. The policy was enacted in 1973 under then Sec. of State Henry Kissinger who vowed no “blood money” for terrorists.

Uganda’s junior tourism minister, Godfrey Kiwanda Ssubi, told Ugandan-State TV Sunday that the ransom asked by the kidnappers for the release of American Kimberley Sue Endicott was paid “with the help of the U.S. government. Whatever these people (kidnappers) demanded for was paid,” Ssubi said.

Almost all governments in the world share the Kissinger policy and as universal as it is, it has also been rigorously debated. In the U.S. as early as 1976 the New York Times questioned the usefulness of the policy citing numerous American diplomats who felt greater flexibility might actually lead to less terrorism.

The debate has never ended but until now neither has the policy. The implications worldwide for this major about-face are significant.

I believe that the 1973 Kissinger policy is the correct one for governments. This doesn’t mean that family, friends or businesses should always refuse ransoms. At the personal level saving a life by almost any immediate means that doesn’t immediately compromise another life is too individual to be restricted by government.

But as social, government policy it seems impossible to overstate that once the rich, powerful government caves to kidnappers, many more terrorists and criminals will be motivated to kidnap.

That was an important point in my earlier blog about Endicott’s kidnapping: that large ransom payments in Uganda for kidnapped foreigners were an important reason that so many local Ugandans have started to be kidnapped.

So whether this “about-face” is truly a reversal and change of policy or just an ad hoc, willy-nilly deployment of reactionary Trump base interests remains to be seen. As outlandish as it seems to say, let’s hope it’s the latter.