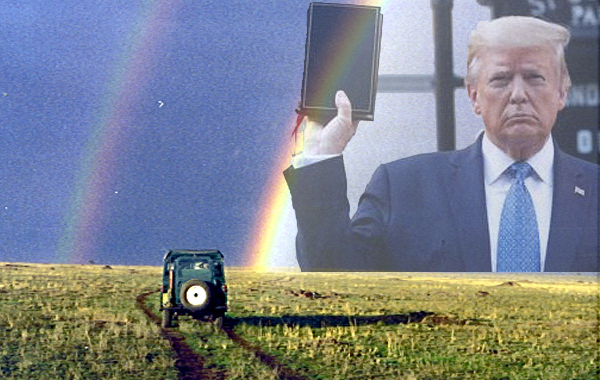 Young, excited, thrilled to be a “guide” showing much older and inquisitive fellow Americans the African veld, a memory was born that I’ll never forget. It was 1980. February. Just south of Kenya’s exquisite tea highlands on the long, straight and wild road into The Mara.

I led the caravan of six vehicles out of the Kericho Tea Hotel, slowly so we could smell the beautiful Boscobel that draped its gates. Everyone was so pleased! It had been such a magnificent English breakfast, in the midst of endless rolling fields of pekoe tea, at the very edge of the great wilderness!

Obviously I started to hope for giraffes and gazelle and whatever, the moment the tea plantations were out of view, but then calming myself that such would be ridiculously unusual. I knew we had at least an hour or two before entering the game reserve.

In fact at the briefing the evening before I advised everyone that the morning would be a “cultural” one. We would drive by a number of small settlements that had grown up where the tracks from more distant towns crossed. I instructed everyone to look for the women who ran the farms, the children who would race out of schoolrooms to wave at us and the small dukas (shops) that sold tobacco, coke and bananas to the occasional trucker going to or coming from Lake Victoria with a backload of fish.

A Landrover on an African road in 1980 sounds more like a freight train on old rails than a humvee. Even so, I could “hear” the silence coming from the clients in my vehicles as they peered out their windows searching for their first lion.

We passed one settlement, then another and finally got onto the long straight road into the Mara. The terrain rolled gently and the bush gave way to an endless prairie which appropriate to the season was brown and stubby. I saw quite a few raptors, especially harriers dipping into the stubble for a bite, but all of us were scanning like periscopes for a beast.

My top driver at the time, a jovial Kikuyu I called Peter who always thought of himself as my father, touched my hand gently and said, “We haven’t even passed Kisii, bwana. Be patient.”

Kisii would be the last major town, an important crossroads between Nairobi and Kisumu, both far away and so different from one another. Nairobi was the growing cosmopolitan center of Kenya ruled by the Kikuyu, and Kisumu was the city on Lake Victoria, capital of the Luo. The two tribes were not friendly.

The Kikuyu president, Jomo Kenyatta, had been forced at Independence by the British to take the Luo leader, Jaramogi Oginga Odinga as his vice president. But now, Odinga was in jail.

So we were leaving the land that the world knew as Kenya and entering unfriendly territory. Yet the country was quite peaceful at the time, and there were even rumors that his Excellency Jomo Kenyatta himself would try to visit “the west.”

But that was the furthest thing from my mind as we drove into Kisii. The prairies were temporarily gone and there were beautiful forests and even one paved street. We had rarely seen a vehicle other than our own, but now there were almost a dozen jalopies staggered along the street sides that had wooden shops built into each other.

People going about their business stopped to look at us, and many of my clients standing up through our pop-tops, waved back at them.

Then onto the wilderness! One final crossroads before we turned right and were in The Mara!

But as we approached the intersection, my heart sunk. I really didn’t think many other safari companies knew this magnificent route, yet ahead was a string of cars traveling along the road we would turn onto.

Closer we got and I realized it was no safari caravan like our own, but something else. I really didn’t know what at first as I collected my thoughts. For one thing there were quite a few sedan cars, something odd if dangerous out here. And they were moving so orderly! Like a funeral.

I looked at Peter who was petrified.

“Kenyatta,” Peter said to the window.

Before I could say, “What?” I looked down the line of cars as we approached the intersection and saw several very large black limos at the front, one with little Kenyan flags flapping above both head lamps.

Meanwhile, my clients were ecstatic. Apparently their drivers let them know before I even realized or wanted to realize that a presidential caravan was in front of us! They were through the pop-tops, cheering and clapping as if it were a Memorial Day parade at home.

“Hapana!” the Kikuyu snapped at me in Swahili. “That is a powerful man,” Peter whispered in a mixture of awe and fear.

That “powerful man” would later sneak into the metropolis of Kisumu, stand next to a memorial of the Luo, have his picture taken, and then whisk away almost before anyone knew. In the wake of his visit people rioted.

Kenyatta then threatened to send in Kenyan soldiers (mostly leftover Kikuyu militias) to quell the dissent, since clearly his picture-taking proved he was loved by the Luo. Kenyan soldiers had never been used against their own population. In the years that followed Kenyatta would become one of the strictest, most authoritarian if benevolent dictators Africa had ever seen.

According to a new poll in Forbes 58% of Americans support Trump’s use of the military to quell the current demonstrations.

Defense Secty. Mark Esper runs back his admonition against Trump’s use of troops.

Where am I now? In Kisii?