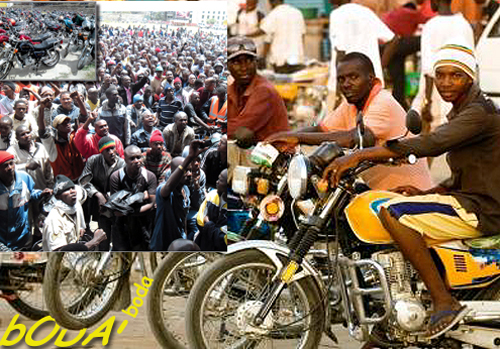 Bad BodaBoda. Don’t think the morning commute is necessarily better if cars are replaced by bikes. What you might get is “Mayhem in Arusha.”

The first place my wife and I worked and lived for two years was Paris in the 1970s and the traffic compared to what I’d see later in Bangkok in the 1980s or today in Nairobi and now Arusha couldn’t even compare.

Yet my wife went to work and about town in a “moped” and it scared the living daylights out of me. In those days there were no regulations about helmets or carbon emissions or anything else, and a French moped was hardly more than a small bike with a lousy motor.

My wife and hundreds of others wove in an out of traffic lanes, sneaking between buses, dodging pedestrians as if their greatest challenge wasn’t staying upright but stopping. And it often was. You stopped and it might herald the end of an era. It might never run, again.

More than once I watched from my safe haven in a bus one of these contraptions sail right below me at breakneck speed and continue unabated right through a red light.

They were loud, dirty, dangerous and above all, defiant.

And she always got to work before me.

Fast forward nearly a half century into the little metropolis of Arusha, Tanzania.

“Motorcycles … have been causing lots of inconveniences … due to frequent cases of reckless riding, accidents and unruly behaviour,” claims Arusha’s only newspaper.

Arusha is Tanzania’s main northern city, and mopeds have joined forces with Harleys and Kawasakis to make my 1970s experience in Paris seem like child’s play. The machines are rarely the monster varieties, mind you, and usually hybrids of the most amazing sorts.

In fact a snapshot of the collection of “motorbikes” on the increasingly congested streets of Arusha could easily come out of the imagination of a kindergartener told to draw a motorbike rally.

“BodaBoda” they call them.

Two weeks ago the city councilmen of Arusha in their imminent wisdom banned BodaBoda from the city center “because of their chaotic nature.” The move by Arusha planners followed a successful ban of bodabodas in May by neighboring Rwanda.

Rwanda is a horrific dictatorship. They could ban breathing and the entire city of Kigali would collapse. Let me tell you, in any semi-free place in the world, don’t try to unboda your spouse.

Monday, the “Arusha fathers” rescinded their ban… “For a while.”

In the free (for-all) society of Arusha, traffic management will no longer include laned traffic, speed restrictions, pedestrian right-of-ways, or traffic lights.

When the ban was announced several weeks ago, BodaBoda bikers struck the city hard, blocking traffic with their protest. Worse:

“The riders also threatened to beat up any motorist, pedestrian or any other person who stood in their way…”

And most revealing of all, they said that “police officers have been targeting them with exorbitant fines for …both real and imaginary offenses.”

“They also vowed to beat local leaders of the bodaboda associations who they accused of betraying them,” the newspaper report continued.

“As their leaders, we did not take part in their protests because they threatened to beat us, saying we were siding with the government, though in reality we have been trying to remind them that they were not above the law to an extent of causing anarchy.”

Power to The People!