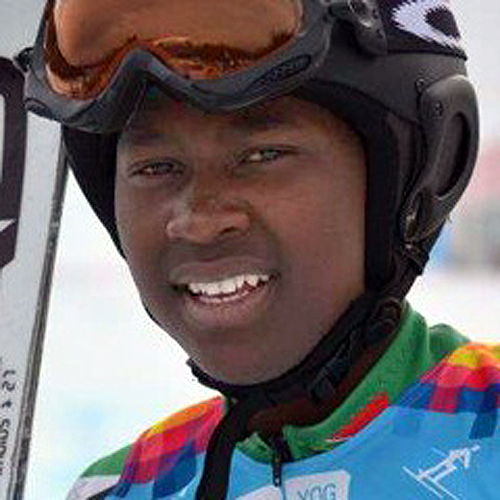 Help a black native South African kid go to the Olympics. Sive Speelman qualified and was invited by the IOC to Sochi, but an antiquated racist quasi-government authority has forbid him from going.

Nine mostly fat old South African men and only three women, most incapable of croquet, issued a finding last week that Speelman was not good enough to represent their country, noting that he’s ranked 2,290th in the world of skiers.

(I’m ranked 5,497,213,455th. By the way, I would like to point out that the composition of SASCOC with only three women violates the gender equality clause of the South African constitution.)

Click here to sign the petition that at the very least will embarrass SASCOC. And who knows, if enough of you sign, perhaps Speelman will be set free.

Here’s the thing, South Africa. The Olympics is not just about winning. It’s about competing, and Sive Speelman can ski circles around your martinis.

Speelman is an 18-year old native South African who actually learned skiing and trained as a skier in South Africa, and that’s not easy. He would have been one of only 7 African contenders at Sochi, (which is terrible by the way).

And of the remaining 6, Speelman would have been one of only two (!) who are truly through-and-through African!

Only 17-year old Kenza Tazi of Morocco was born and lives in Africa (although she trains in France and spends a lot of time, there). Mathilde Petitjean Amivi (Togo) was born in Niger and lives in France.

And 21-year old Luke Steyn, the only real contender, was born in Zimbabwe but has lived virtually all of us life abroad and is currently a student at the University of Colorado.

Speelman was born, raised, continues to live and train in the far eastern Cape, one of the few places in South Africa where there is regularly enough snow to ski.

“Any other nation in the world would jump at that opportunity and I’m as puzzled as many people are… It’s just sad,” Snow Sport SA president Peter Pilz said.

“It has devastated him,” said his coach.

South Africans of all races are sports crazy. But this is even crazier. This is when winning becomes everything, when bucking the odds is tantamount to failure.

And this will be lasting. It changes forever how the world will think of South Africa, now. No longer a toughie, the image has become one of lack of self-confidence, the little guy who will never get better and so just sits in the corner, whines and refuses to compete.

The fear of loss trumps the best there is.

Just as the ANC seems to be finally evaporating from the scene, so will the latent racism that even shackled blacks carry, today, in South Africa, dissipate. This kid was born after South African independence.

He deserves more. And apparently his home country won’t give it to him.