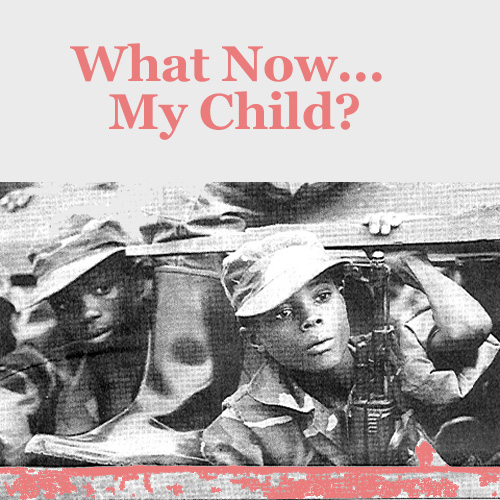 Don’t turn away from the DRC-Congo just because NPR says peace is imminent. There’s much more to the story.

I, myself, predicted a type of peace would come to the DRC-Congo just about a month ago. And this morning on NPR’s Morning Edition, former Senator Russ Feingold in his capacity as Obama’s special envoy to the region, said fighting was ending.

Good. We’re all glad, and the story behind why this decades-old fighting might, in fact, be ending is an extraordinary one that goes all the way back to when Belgium and the US colluded to disrupt the first democratically elected government of the newly independent Congo in 1961. I called that “Where Terror Was Born.”

The many fascinating chapters of barbarism and war that have followed have included X-Boxes and your cell phone.

To understand the current “peace” it would be helpful to understand all the foregoing but that’s challenging. Let me try to simplify it not too much.

The decades-long fighting in the eastern Kivu province of the DRC-Congo is very much unlike anything in the rest of Africa. The rest of Africa’s wars (excluding those that involved South Africa) are mostly guerila-based, al-Qaeda, Boko Haram jungle and mountain fighters, characterized by suicide bombings and village terrorism.

Traditional military action is pretty new for modern Africa. Obama started it when he came to the presidency and it became apparent to all the world when Kenya invaded Somalia in October, 2011.

Kenya, armed anew by America, trained by America, advised by America, we even saw American soldiers, was America’s proxy. And they “did well.” The Kenyan Army effectively disrupted and ultimately dislodged al-Shabaab from Somalia.

But prior to that 2011 action, organized military action of the sort undertaken by the OAU and UN in such places as Somalia, Rwanda, Angola and so forth, either suffered from a total lack of training (the soliders just didn’t know how to fight, didn’t want to, or just didn’t), or there was no good equipment.

That changed with Kenya’s action in Somalia and it radically continued this year when the UN Security Council approved an aggressive military unit to enter the DRC-Congo, the first ever for the UN in Africa.

And that unit was immediately joined by crack and very well trained and equipped South African troops.

And that’s what defeated the main military group in Kivu, the M23. On Monday they announced a cease-fire and on Tuesday they surrendered.

That’s good, as Feingold said. But it’s hardly the end of the story.

There are many rebel groups in the area, although the dominant one was definitely M23, and I don’t mean to minimize the good news this is. But keep in mind that M23’s leaders have all escaped.

The respectable Think Africa Press said today that M23’s “senior command has dispersed to Uganda and Rwanda,” while many of the expert soldiers of M23 have “gone into hiding, whether fleeing out of the DRC or dispersing into the Virunga forests.”

NPR’s foolish question about accountability, whether the M23 leaders will be tried for crimes against humanity, begs the question whether they will be first captured.

And even if they are, the OAU has already ordered all member states to cease cooperating with the ICC in The Hague, and Kenya’s two leaders on trial there have both been given extraordinary passes from attending their own proceedings: The ICC is falling apart and Africa is instrumental in bringing Humpty Dumpty’s walls down.

Rwanda is furious. Rwanda is ruled by a minority ethnic Tutsi dictator who came to power after the genocide that tried to wipe out his people by the opposing Hutu majority in 1993/94. M23 was formed by Tutsis fleeing Rwanda at that time.

So Rwanda has been supporting the rebellion in The Congo led by M23 for some time. It has facilitated not only an increased clamp on its own oppressed Hutu minority, but an extremely profitable rare earth mining industry overseen by M23 commanders in Kivu.

Here’s what will determine the next stage:

If the UN reaffirms its unusual aggressive mission, peace will be maintained. That itself is so unusual for this area that I wonder what exactly will then happen. Consider that there have been three generations of Congolese in Kivu who have known nothing but warlords.

Peace means fewer people will be killed. That means more people need to eat, have jobs, become somehow productive in a society that has not existed for 53 years.

And that’s where current global and western society fails so miserably. Once the field is cleared of tanks, no one plants the corn.