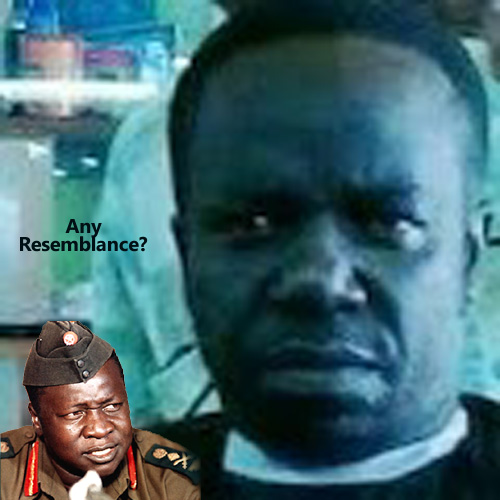 In the dark and dangerous hole that Ugandan dictator Museveni has cut out of his country, a new face has emerged to challenge him: the son of Idi Amin.

Well, not exactly. What he did was write an open letter to the current dictator, Yoweri Museveni, published in the country’s main newspaper as a lead news story, requesting the Ugandan dictator to return to him the homes and other properties confiscated from his father.

Seemingly benign enough, in the feudal Shakespearean politics of otherwise modern Uganda this is better than Ted Cruz spending a weekend in Iowa.

It appears to be the only letter ever written the current dictator, although anyone else who tried this would likely never write, again.

Uganda would be better without any dictator. Kenya has demonstrated that freed from oppressive politics, a country can bloom, grow incredibly fast, and truly become both an economic and cultural powerhouse for modern Africa.

Ugandans were just as well educated, maybe better than Kenyans. They were the colonial favorite of Britain (that considered Kenya a simple stepping-stone to Uganda), and in the short few years of independence before Uganda slipped into its endless dictators’ cycle, it was forging well ahead of Kenya.

And even during the rest of my lifetime in Africa, even when under the repeated oppressions of horrible leaders, Ugandans wrestled up some wonderful accomplishments, including vanguard research and implementation of many public health initiatives including malaria control.

All that keeps Uganda down is its love affair with dictators.

No credible representative leader has ever made it to any of the top echelons of Ugandan government. Rife with ethnic divides (but so is Kenya), shackled with an urban population that still reveres an ancient monarchy, Uganda just can’t break the habit of being oppressed.

My wife and I lived for two years on the Kenyan/Ugandan border during the height of Amin’s terror. The fear that every sane person felt, no matter how secure they might have been inside Kenya, was horrible.

The two weeks that we spent driving from one end of Uganda to the other during Amin’s regime might have been one of the most foolish things two 25-year olds had ever done. But what we saw and heard and experienced became fundamental to my understanding of Africa thereafter, that the continent’s enormous potential was hamstrung by its inability to shake paganism.

And now, forty years later, it comes back to haunt that poor country.

Times have changed. Hussein Juruga dresses nicely, writes and speaks with the fluency of a privileged child educated in both France and Britain. And lacking any actual job, he lists his occupation as “politician” in his blog.

His resume includes being a “media consultant.” And while it’s difficult to find many in Uganda willing to write Op Eds in the country’s newspapers, Juruga often waxes eloquently therein on the modern media, espousing greater freedoms.

Sounds pretty right on, no? And the country’s main newspaper, arguably the mouthpiece for the current dictator, gives him a glowing recommendation
as a former employee.

But dig into his prolific blog, and you find that’s he’s homophobic and dangerously militaristic, and he avoids ever discussing other current challenges to the current dictator, except his own.

Kizza Besigye and Erias Lukwago, for instance, are the two most prominent dissidents in Uganda and fairly well known outside the country. But Juruga hasn’t mentioned either of them, ever.

But the overriding evidence of Juruga’s intentions is the bone-chilling defense he constantly mounts for his father.

Claiming that all the bad stuff attributed to his father is rumor mongering, Juruga insists the smear campaign “is peddled mostly by individuals who want to access political support and for others to try and maintain political relevance today.”

He argues that it was actually the Tanzanians (whose army ultimately deposed Amin) — not his father — that caused the most misery and destruction in the country.

He admits threatening Giles Foden, the author of The Last King Of Scotland, with a libel suit.

He may be more polished than his father. His power is indisputable, given the public nature of his rages within Uganda’s current clamp on media freedom.

And a simple change, it seems, is all that he wants: Just give him the keys to his house.