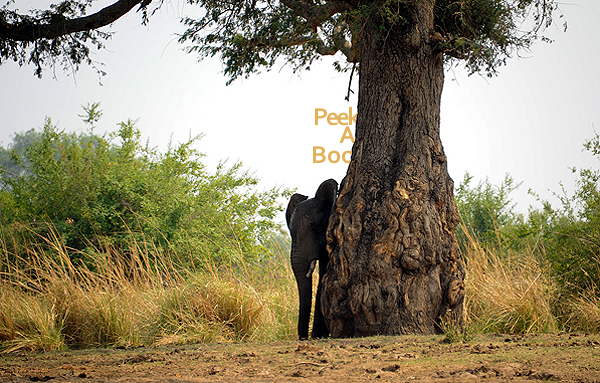 Hours ago a Botswana government report was released recommending that the ban on elephant hunting and culling be revoked, because there are too many elephants.

“Too many” is, of course, a subjective determination. I argue vigorously that the vast majority of deer culling in the United States is wrong including most hunting, but I agree with the Botswana government that there are too many elephants. Culling might be the only answer. Hunting is not.

There’s been no major scientific count of elephants since 2016. That last “unofficial” count bankrolled by billionaire Paul Allen was in 2015. Unfortunately, Allen’s got more attention than the IUCN one in 2016.

The numbers were so different in the two counts that one of the scientific partners in the Allen count, the Frankfurt Zoological Society (FZS), announced that it would undertake a much more “scientific” count in the smaller Selous-Mikumi area of Tanzania in 2017.

I wrote how eagerly I awaited that clarification.

For naught. Less than a month into the count, one of the world’s most reputable scientific organizations called it off:

“Initial results showed that the final estimate for large mammals would not be consistent with previous surveys, and survey scientists [decided] to halt the current survey and postpone further survey implementation.”

Sighting unusually heavy rains that made the canopy too thick for 2017, FZS promised to restart the survey a year later. That effort began last October.

Results should have been announced by now. They haven’t. The FZS has not replied to my request as to why this is the case.

I know at first it’s hard to imagine being unable to count the number of 6-ton beasts roaming Africa. But the fact is that there are still vast areas of undeveloped African wilderness in which hundreds, even thousands, of elephant go undetected.

The IUCN study of 2016 remains the best guess, and what’s so noble about it is that it concedes that up to a quarter of the total population of African elephants may be undetectable.

What FZS travails have proved is that that is as true in developed national parks and protected areas as for the vast untouched parts of the continent.

So clearly what I’ve been contending for years is true: we can’t reliably make elephant policy based only on counting elephants. Not that counting — or trying to count — isn’t important, but it’s only one (as we’re learning very unreliable) factor.

What is reliable and must be given high consideration is local Africans’ growing frustration with elephants. One of the reasons the Botswana government issued its report is because there are national elections in October, and elephants are a big issue (pun intended).

Rural farmers are fed up in Botswana. It’s one thing to set up scarescrows to spook off big birds, but they don’t work too well for 12,000 pounds of determined hunger.

In fact in this context it doesn’t matter how many elephant there really are. To rural Africans right across the continent, there are too many.

And small, accurate studies of the sort routinely conducted in elephant parks like Tanzania’s Tarangire, prove that the buffoons are ballooning… to the tune of 7% annually.

Sports hunting is wrong. It validates species extinction. But culling may be right when the animal truly threatens human livelihoods. That’s the difference between an elephant eating your watermelon crop and a deer nipping away your rosebuds.