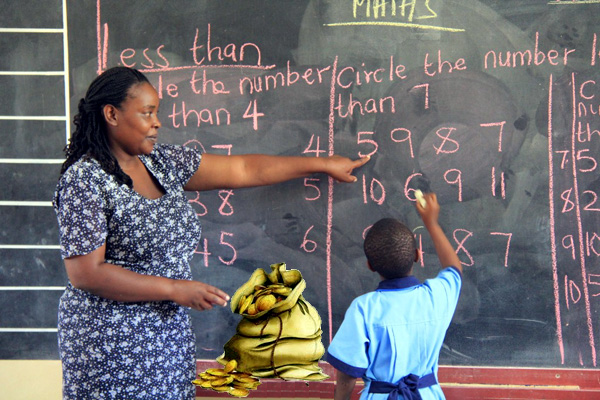 Should teachers be paid bonuses when their students achieve better test results? What would you think about giving a 6th grade English teacher a bonus equivalent to half his salary if more than half his students ranked in the highest 5 percentile of the No-Child-Left-Behind tests?

That’s what Tanzania is currently doing, and the approval from all parts of society is so high that foreign NGOs are now kicking in some of the funds.

There are many criticisms of performance pay for teachers. Perhaps the most universal is that professionals teach “to the test” rather than “to the subject” and that students thereby memorize answers rather than learning the processes which will allow them to arrive at the right solution.

The “standardized” tests often elicit their own criticisms, tending to evaluate the lower groups of skills rather than the higher ones.

But in a society like Tanzania where literacy rather than something more is still the critical goal, you’ll find few critics of the KiuFunza program.

Educators released the results of a two-year test last week, and they concluded that performance pay to teachers improved student achievement by a quarter.

Other interesting results were that the base or starting pay for the teacher really didn’t matter. What would be a smaller incentive for a more senior professional had just as much positive effect as that same amount paid a new teacher as a huge incentive.

It’s important to note the obvious distinction here between young Tanzanian students and American ones, for example. In none of the studies in Tanzania was it presumed that students weren’t motivated. Rather, the studies started from a presumption that it was the teachers, rather than students, who often lacked motivation.

America’s own struggled history with No-Child-Left-Behind suggests one size doesn’t fit all, but without doubt teacher performance pay in Tanzania is doing exactly what the students, teachers and parents want.