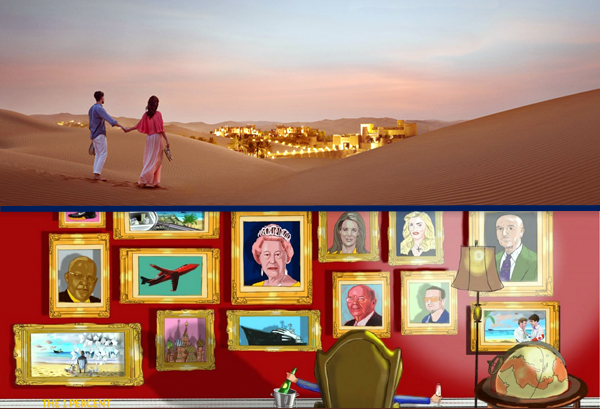 The lofty positions held by a number of Africans in both government and business is jeopardized by the Paradise Papers expose, and for exactly the same reason that Commerce Secretary, Wilbur Ross, is on the way out.

But legality isn’t the issue. Morality is. Wealth of this magnitude should not be held by so few.

The International Consortium of Journalists is aptly named. The “expose” they published starting over the weekend is of a list of individuals and companies all across the world who use legally secret business deals and banks to conceal all or portions of their wealth.

Nigeria’s central bank chief, Godwin Emefiele and the Chairman of the largest bank in Nigeria, Jim Ovia, are actually the only ones on the list that might be in direct violation of law.

The principle tax in Nigeria is V.A.T., a value added tax on transactions. Both men are listed in the Papers as manipulating leasing schemes in conjunction with banks in the Caribbean to avoid showing their involvement to Nigerian authorities. The simple revelation of their $15 million dollar deal might be sufficient to indict them.

Others, however, are mostly like Wilbur Ross, so rich they just can’t keep tabs on all the things “their lawyers” did to reduce their taxes, and the vast majority of which is legal.

Uganda’s foreign affairs minister, Sam Kutesa, has been extremely forthcoming as to the fact he set up two Seychelles companies to avoid local taxation. Although the local press is all over him, he did nothing illegal.

Even easier to explain was why the Ghana tycoon, Ibrahim Mahama, had so many offshore and hidden deals going. Global investors felt he was “a high risk due to his relationship to the then-president.” Although he might have had some good ideas, investors wouldn’t touch him unless he hid is ideas in these cloaked deals.

Current university president and former Kenyan Agricultural Secretary, Sally Kosgei, may the richest of the lot, but she’s kept it very quiet and her lifestyle modest. But her list of hidden investments is a mile long. She maintains, rightly, there’s nothing illegal.

So why is everyone so upset?

Because we the common man believed that our laws “leveled the playing field” and we know that we are just as smart and entreprenurial as Emefiele, Ovia, Kutesa, Mahama, Kosgei or Ross. In fact, we’re probably smarter.

So why, then, are they so well off compared to us?

And by the way, the list is pretty long. It includes Queen Elizabeth, Nike and the much loved former Liberian president, Ellen Sirleaf.

Well, if it’s not illegal, it should have been, right? Yes, right. Wealth amassed to these unbelievable extents by these individuals is suspect, when so much of the world is wanting. If it wasn’t obtained illegally — and much of it wasn’t — then it’s straight out immoral.

And no one knows this better than those who feel they had to hide it.