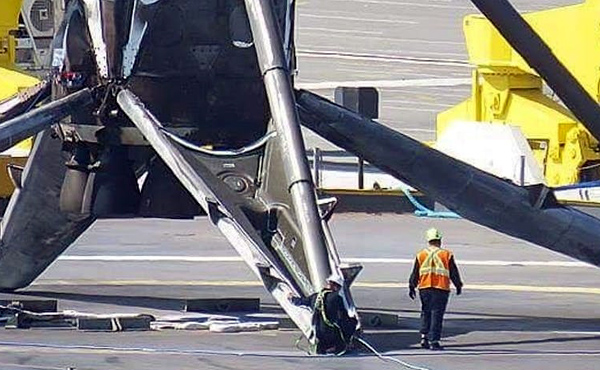 Four years after the moon launch, 46 years ago, Kathleen and I were teaching at a very remote boys boarding school in Kenya. I had the brilliant idea of showing the 400 students a movie about the space launch.

Not so brilliant, after all. I unleashed the cock in the sky.

The school, “St. Paul’s Amukura Boys Boarding School,” was the last major boarding school in Kenya still administered by the Catholic Church. Fathers Jerry and Charlie were at the helm and they were remarkably formidable bridge partners.

We ended up there, in those days 3 days travel from Nairobi, because our grand plans for international work were scuttled by the infamous Idi Amin. Our first appointment after two years working in UNESCO in Paris was into Uganda, and that was not a place in the early 1970s to go.

So we maneuvered and schemed and sufficiently irritated enough Kenyan officials that they sent us as far away from them as they could, literally on the border with Uganda.

It was wonderful! An eye-opener in a hundred ways. K & I brought the first refrigeration to the area, and when I put ice cubes in the hands of young students they cried out in pain that I was burning them!

Imagine that. And imagine today that students from the same area are Rhodes Scholars and working for IBM.

I thought the most difficult problem would be to get a copy of a film of the launch, but American embassies all over the world had multiple copies produced by NASA! I had to organize picking it up in Nairobi and returning it, and that was no small matter, but done.

The second problem was getting a 16mm projector. Ultimately the Catholic Church came through on that one. Then there was the problem of electricity. I am no handyman, but I was the school’s generator fixer. The generator was an old converted Ford tractor engine. I suppose if I were more mechanically inclined I would now remember how ingenious that was, but at the time it was nothing but an irritant.

So we chose a date, got huge white sheets erected in a field between the classrooms and remarkably everything worked!

And it wasn’t just 400 boys. There were at least a thousand people there. They had come from all over, some of them bringing sleeping materials that they threw on the ground.

And, of course, my plan went well beyond the film. I got the secondary school science class to build a rocket! Well, a little one. A very little one. But in trials it worked fine. It went up into the air.

So the film was to be followed by a demonstration of a real rocket!

The day came with serious trepidation. I was told that I had to clear out the front row for many of the elders of the local tribe, who were extremely skeptical of the whole thing, starting with electricity. And my worst nightmare, of course, was that just as the film got to the actual launch, the generator would blow. Serious metaphors would follow.

But lo and behold night fell, the generator buzzed, the projector clicked, and the hour-long NASA produced film of the first moon launch had its world debut in Busia’s Tesoland!

Things were going just fine until the part of the film where they discuss the Atlas rocket, at the time the biggest thing in earth’s space arsenal.

When the lens pulled away from the rocket and showed a building, then a car, then a person at the base, to give perspective to how large it was, there was a horrible moan that rumbled through the crowd like a lion on the prowl.

Then when the narrator explained the cost of the rocket, there was outright jeering, then shouting and some loud arguing. As I let the film continue I realized how insensitive I’d been. I was an incredibly proud American and I was doing show-and-tell to people who understandably did not think that ten thousand times Kenya’s entire annual GDP was being properly spent.

When the film gingerly discussed astronaut problems, like human waste or drinking enough water, there were cries of serious discord. To this day I’m not sure that was because it was considered impolite or again, decadent given the travails that villagers had in those days. Or both.

In any case jubilation did not occur. As the film’s credits were ending the school’s Headmaster informed me that I better not shoot off the rocket. The elders – who were already leaving after glancing menacingly at me – were afraid, he said, that I would disrupt “the cock in the sky.”

That was an euphemism for lightning. And the rainy season was on the way. Disrupting the lifeline for agricultural communities like ours would be the worst possible offense from an outsider. I had set myself up for being the evil cause.

I packed up the film, reboxed the projector, took down the sheets and turned off the generator. It was a moonless night. The stars shone like fireworks. I wondered then, as I wonder now, if getting a man onto the moon is right when we can’t even get a villager a glass of drinking water.