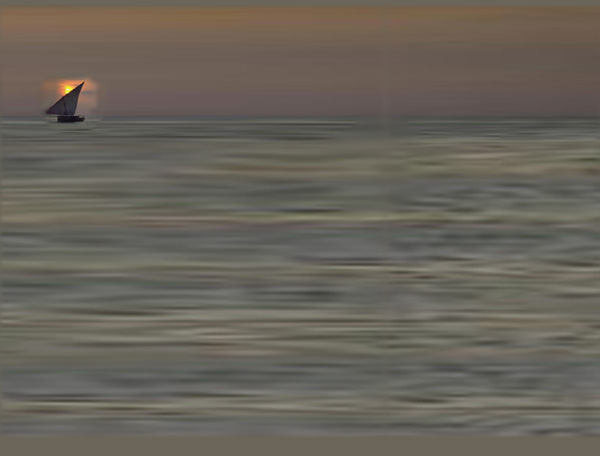 I wish everyone I know could have been with us in Zanzibar. The troubles in the world are like flotsam in a still lake: just when you think you see an object it dissolves into murk. In Zanzibar we experienced one small puddle of clarity: the hatred between the Shia and Suni.

As we telescope in from our incomplete and unsatisfactory understanding of the world, today, we learn that refusal to compromise is the only position shared by all. Here’s how we saw that in Zanzibar:

Zanzibar is Suni Muslim and has been from about the 6th century. During this millennia and a half there were periods of rule by Portugal and Britain and possibly even a short stint by Persia (Shia). But in the main and virtually continuously from a cultural point of view, this is a Suni place.

Zanzibar’s importance in the earliest days of African exploration and development cannot be overstated. It was the trading center for the entire eastern half of the continent. Science, business and prosperity that ultimately came to parts of Africa got their jumpstart here.

But Zanzibar’s legacy is seriously tainted by slavery. A fraction in terms of numbers and commerce compared to West Africa’s supply of slaves to the New World, it was the exclusive provider of slaves to the Mideast. More importantly, this slavery began hundreds of years before the New World was even discovered.

And even more significantly, it continued much longer and likely even continues today.

My simplistic take on the Suni/Shia divide is that it is comparable to the British/Irish divide and today, the Irish/Northern Ireland divide. Shia fear they will be overpowered by the much more numerous Suni and even enslaved by the gold thrones and iron-fist rulers of Suni Saudi Arabia.

It’s hard to comprehend this as you walk down the narrow streets of Stone Town. Val and Edith asked me typical questions of first-time visitors: Why aren’t the discolored, molded walls of the houses painted? Why is trash scattered on some streets? Why is the fish market seemingly so unhygienic? In a nutshell: why are they so poor?

There are straight-forward answers to all these questions, because the fact is that there’s no home owner who doesn’t want his house to look attractive. There’s no resident anywhere in the world who doesn’t want the trash picked up. No fisherman or other business man wants his product to carry disease.

But my point is that Zanzibar looked “poor” to my clients, yet they are Suni who in my analysis are “rich.” Zanzibar is Arab but it is also African. There aren’t too many places like this. In the context of Africa, Zanzibar is rich.

For our first night’s dinner here we went to a famous roof-top restaurant. We arrive before sunset, remember our best yoga positions and ease onto the futons and pillows of the beautifully carpeted rooftop.

Two elderly gentleman cloaked in white robes, their wise old faces with pepper grey beards topped with beautiful white fezes perform on their oud and violin while a lovely woman’s voice serenades us with the mesmerizing ping-pong rhythm of a desert song. She stops as the call to prayers begins and the sun dips into the Indian Ocean.

The old Stone Town bursts with a thousand years of history. There are 47 mosques in small Stone Town and the muezzin chant mostly simultaneously different sections of the Koran. It creates something of a cacophony, additionally dissonant because of the poor loud speakers used by many. It’s almost as if someone is trying to tune in an old standup box radio. We slip back in time.

The last of the daylight held by the sea silhouettes all the old dhows rolling gently just off shore. An undeniable peace floats onto the city as its modern lights click on slowly, almost one window at a time.

Then one of our hosts, dressed elegantly in a richly embroidered gold kaftan and slightly redder fez steps in front of us to explain Zanzibar history as the calls to prayer recede. He interrupts himself a few minutes later as what seems like a late call just begins:

“Those are Shia,” he says with some disgust. “They’re always late.”

There are two Shia mosques in Zanzibar; 45 Suni. The next day we walk by one of the two Shia mosques, dedicated to and completely built and sustained by the Agha Khan. It’s Ramadan: Unlike typical Suni mosques in Stone Town now which are buzzing with activity all day long, this mosque looks closed. Its unusual high grounds wall prevents any view.

During our city tour of Stone Town, the local guide is enthusiastic and very friendly. Proudly he takes us to the Anglican Church built over the old slave market, and one of his few somber moments occurs when he leads us into the underground holding chamber for the slaves. “I cannot say welcome here,” he says.

But his long view of Zanzibar history is singularly distorted to absolve Suni of any of Zanzibar’s shame. In fact he claims incorrectly that most slaves were sold to Zanzibar traders by African tribes who harvested slaves routinely from one another. He touts the many treaties that Zanzibar sultans signed with the British and others to end slavery, without explaining they were never implemented.

And most amazing of all, he blames the start of slavery on Persian (Shia) rule in Zanzibar before the tenth century!

The all so important old slave market/Anglican church site in Stone Town is a mess. There is little upkeep. The church looks completely neglected, its outer walls streaked with mold. The floor you must walk through to get into the old slave holding chamber is wall-to-wall with cheap curios of amateur batiks, beaded bracelets and wooden salad forks.

UNESCO would turn this into a beautiful World Heritage Site in an instant, but Zanzibaris refuse to cede the narrative of their contrived legacy. Or more sadly perhaps, to place Shia in anything but a damnable light.

Republicans and Democrats have been at odds for decades, and it’s getting worse. Suni and Shia have been at each other’s throats since the 6th century, and the Mideast is exploding as never before.

When will it end? Not until everyone accepts truth. Truth uncovers legitimate blame of which there is plenty enough for us all. But truth embraced by all parties forces compromise, something today that seems as unreachable as the tiny dhow adrift in the distant ocean sunset, rolling to the oud and violin and discordant chants of the muezzin.