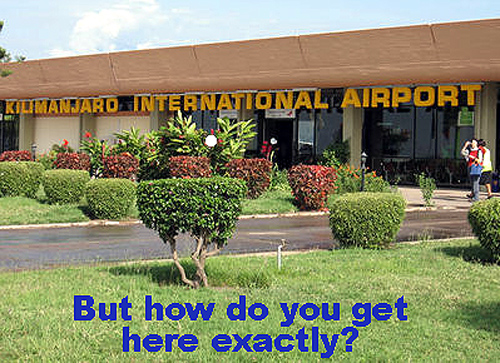 For years I’ve derided travel agents as unnecessary middle persons. I’m rethinking some of this.

So is Lufthansa, and probably soon Delta. Once completely dependent upon travel agents, these two mega airlines are soon going to charge you if you use an agent or consumer website like Expedia.

I’m in Vienna, half way through my journey back to Africa. Vienna has no flights to Africa, but Austrian Airlines is part of the Star Alliance. I connect here to Istanbul and then to Kilimanjaro.

This is not a routing that United’s MileagePlus originally offered me. I had to tell them. (It’s a regular schedule offering, now, but when I first booked nearly a year ago, it wasn’t shown.)

My own travel agent skills, and the SABRE GDS booking system that we have in the office is what led me to this option.

A normal consumer without access to a GDS couldn’t do this.

GDS’s are children of the original private airline computer systems. In the late 1970s airlines were among the first companies to use computers. The larger airlines leased their computer systems to scores of other airlines and travel agents and they were called GDS (Global Distribution Systems).

For example, SABRE was the American Airlines’ system. AMADEUS was the system founded by the main European airlines.

GDS are much less user friendly but much more powerful than say, Expedia. They can be quite costly to.

GDS can duplicate Expedia methodology: give me the options for flights and costs for where are you going to from where, but their power is greatly reduced by doing so.

Rather, the savvy user must know before beginning a session what the likely “routing” will be. The GDS is most powerful when asked step-by-step to display every possible option.

The professional using a GDS day-in and day-out discovers the tricks and shortcuts and learns the complex fare building that were Expedia to attempt would result in too many options for its users. So consumer sites like Expedia hewn these options down by algorithms based mostly on expected consumer price points.

By doing so, they often miss the boat. There are easily several hundred different connecting possibilities when traveling from Chicago to Kilimanjaro. Neither Expedia nor MileagePlus would have presented me with the journey I’m currently taking, which I constructed myself using a GDS.

At last look, there were 281 different “through fares” between Chicago and Kilimanjaro. That means a single ticket, a single fare on some airline or another starting in Chicago roundtrip Kilimanjaro.

But if you build an air fare say with two fares: one to Europe then a second one to Kilimanjaro, the options are enormously greater. Just to London, for example, there are 650 fares published today, and then 362 fares from London to Kilimanjaro.

Delta in correct conjunction with three other airlines produces what I think is the best fare and best schedule to fly from the U.S. to Kilimanjaro … where I’m going.

But to arrive at this “correct conjunction” you must start with a Delta non-code-share to Paris, then pickup Kenya Airways to Nairobi, then PrecisionAir to Kilimanjaro. On the return you can use either KLM to Amsterdam or reverse the PrecisionAir/Kenya Airways/Delta outbound.

There is no existing consumer booking system that will create this itinerary. You can call an Expedia agent, for example, and tell them what you want, but they won’t be able to find this possibility.

Not even the Delta site will generate this Delta fared itinerary. I have no idea why. It could be that the GDS is capable of finding the loopholes in the complicated airline “fare ladders” constructed by complex agreements between different airline companies. It might also be that Delta just doesn’t want you to pay that cheap a fare.

Keep in mind, though, that this isn’t just to get a cheaper ticket, the obsession of the American consumer. It’s also to discover the best schedules.

I’m a safari guide, a poor travel agent by default. But a good travel agent who understands flights to more of the world than just Africa can be very valuable today. Their problem is that airlines no longer give commissions, and their professional service isn’t free.

One of the awful hazards of the internet is that it empowers the consumer to think she’s as good as the professional.

Not if you want the cheapest and the best schedule from Chicago to Kilimanjaro!