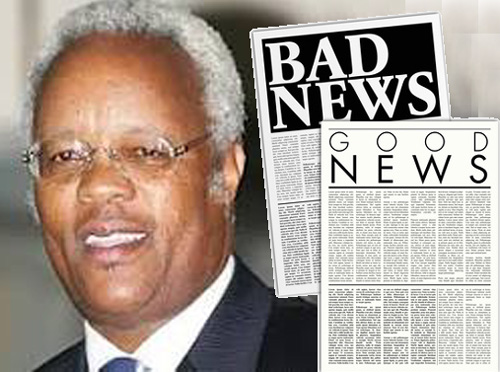 Vigilance in Tanzania, folks. A surprising political situation has developed which might bring enormous benefit to the country or … might cast it into turmoil.

For 50 years the Tanzanian government has been ruled by a single party, the CCM [Chama Cha Mapinduzi]. Although certified by western powers as democratic, it never really has been.

In the early days there was no pretense. For the first 20 years, Tanzania proudly declared itself a socialist nearly communist country. At the end of the Cold War it changed its tune and western powers like the U.S. warmed to their new found reticence.

Be that as it may, it’s always been a core group of central leaders who have chosen the president. In the last 15 years the process has opened up enough to allow for truly opposition members of parliament, but none of them attained any real power in governance.

That may be changing with the announcement a week ago Tuesday that a controversial and very famous politician, former Prime Minister Edward Lowassa, had defected from the CCM to lead the opposition.

That wouldn’t have meant much a year ago, because there are so many fractured opposition parties. One of the strategies of a strong single party state flirting with democracy is to foment so much opposition that alliances between often small regions become impossible.

For example in Tanzania, the ZUF, or principal party of Zanzibar, has never allied itself with any other political group. Considering itself extremely unique, aggressively Muslim and very committed to succession, no other mainland political organization would join forces with it.

That’s changed with Lowassa’s defection, and many in Tanzania see it as a miracle. The heavily Catholic Chadma party, CCM’s principal nemesis, has forged a country-wide alliance with virtually all the opposition parties, including the ZUF.

Lowassa seems to have brought them altogether, agreed that he is the one man in the country that for the first time ever in Tanzania’s history could destroy the single party state.

So what’s wrong with this?

Edward Lowassa until yesterday had retreated from politics after being charged as the kingpin in a terrible 2007/2008 scandal when he was prime minister. More than $120 million dollars was paid to a Richmond Electricity Company in Texas to deliver electrical generators that would massively increase the country’s power.

The company, according to Transparency International, appears to be a shell corporation and no generators were ever delivered. The scandal nearly brought down the then new Kikwete government, which ultimately said Lowassa was principally to blame.

Lowassa until now has only softly denied the charges while disappearing out of public life. Tuesday he claimed he tried multiple times as prime minister to vacate the contract, but that “higher authorities” disallowed him from doing so.

He then claimed he was made the fall guy when the details of the contract leaked.

Anything else? If this scandal can be swept under the rug, what’s concerning about Lowassa forging a real opposition that can actually challenge the one party state?

Technically, nothing. But ghosts of Kenya Past haunt the process.

More or less the same thing happened in 2006 when Kenyan opposition leader, Raila Odinga brought together all of the opposition against the ruling party which had controlled Kenya since its Independence.

He won. At least that’s my take on the situation, but the election judges all from the main KANU party ruled otherwise. The result was incredible civil disturbance which resulted in more than 1300 deaths and 120,000 displaced persons.

It took five years to fix, and fix it well the Kenyans have. The change which seems now to be settling on Kenya strikes me as well and good and extremely promising. But it came about, literally, through revolution not the ballot box.

The Kenyan ballot box instigated the revolution that followed. The parallels with Tanzania are exceptional.

The Tanzanian election is the end of October. Stay tuned.