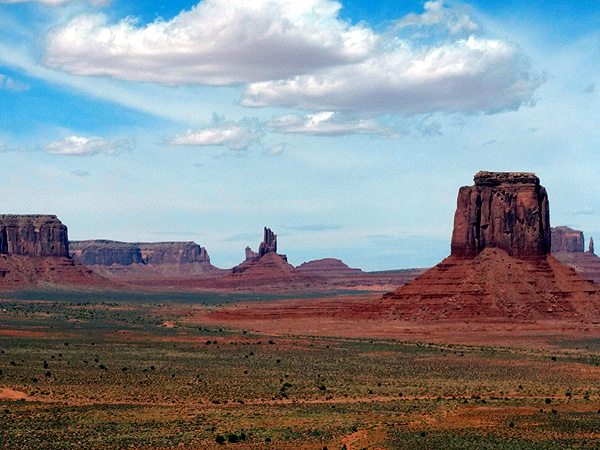 Autonomy is the buzzword, now. The Navajo Nation, Catalonia, Maasai Ngorongoro, Yukon First Nations or Zanzibar, and they are all wrong. This is becoming clearer and clearer to me as I tour America’s southwest and listen to the same story lines and their dismal outcomes that I have heard in Tanzania for years.

Kathleen and I spent a half-day with T.J. in his pretty beat up jeep in Canyon de Chelly, a part of the greater Navajo nation. He showed us some amazing scenery and intrigued us with closeups of Anasazi, Hopi and other Pueblo indian pictograph and petroglyph. But I was belabored with his stilted view of history and saddened not just by his own personal story, but the story of his people.

My knowledge of Navajo history comes from a partial day of reading Wikipedia links, so I’m not pretending it’s anywhere close to satisfactory. But I think the academic record shows a consistency T.J. defied.

T.J. and I agree the Navajos are descendants of the Pacific Northwest Athabascans, and that they arrived the southwest relatively recently in the 14th and 15th centuries. There were people already there: mostly Hopi and other Puebloans.

We agreed that before the Puebloans there was a very successful, long surviving culture known as the Anasazi. The instantly compelling question is, why and how did one peoples displace the other?

Not sufficient, and more importantly, not good. The history of changing societies in the same place is mostly one of conquer and defeat.

T.J.’s personal story is typical of a modern day native American who grows up in an autonomous region: The older teenager recognizes his limited opportunities, tries to assimilate into the more modern world (in T.J.’s case, Phoenix), fails then returns to accept a more impoverished existence.

This is precisely what is happening today in the Maasai reserved areas of Tanzania, and what has happened to Zanzibaris ever since the federation and autonomy granted them by Tanzania a half-century ago.

What is even more disconcerting, though, is T.J.’s explanation for his impoverished state. It is identical to what I’ve heard from educated Africans in similar situations.

T.J. focuses on the great brutality of those who attempted to conquer them, in this case the American westward-hoers. There are many documented incidents, but the most tragic is the “Long Walk” of the Navajo when 8000 were rounded up in the Canyon de Chelly area and marched 400 miles to a reservation. The inhumanity was so offensive even in the mid 1860s, even during America’s Civil War, that Lincoln reversed it. But only 4000 were left to return.

Stilted and intentionally wrong history is not limited to sequestered peoples. The Long Walk was managed by Kit Carson, the dandy of early cowboys and explorers, and there isn’t a mention of it in the Kit Carson museum that we visited in Taos.

The anger felt after such inhumane treatment understandably leads societies to want to secede into their own geopolitical units. Ergo, the Navajo nation, the Ngorongoro Conservation Area, Zanzibar, Mayote, the Yukon First Nation, etc.

But over time they are left behind. Their education suffers, they are unable to build sufficient capital assets for development, and while indeed their presumed “happiness” may be the driver of their continued desire to remain apart, it’s an undeniable suppression in a modern world.

This is not universal. The treaty between America and Alaskan native Americans renegotiated in the 1980s still looks pretty good on paper, as do many of the Canadian modern treaties. But I’d venture to predict that in less than another generation they won’t look so good, anymore.

And at the present, these are a very small minority of the autonomous geopolitical regions of the world. They are also fashioned more recently, and assimilation into the greater politic is much easier with many fewer barriers than exist, for example, with the Maasai in Ngorongoro or the Navajo in America’s southwest.

We drove for several days through the Navajo nation. It’s not uniform. The northern areas are electrified, for example, and that’s a big difference. But on the whole it reminded me of the shanty urbanization of Endulen and the nonmap villages of Ngorongoro’s rim.

Not far away are the skyscrapers and tech cities of Nairobi and Arusha, or the expansive modern farms of Naivasha or Iringa.

It is a comparison too stark to avoid.