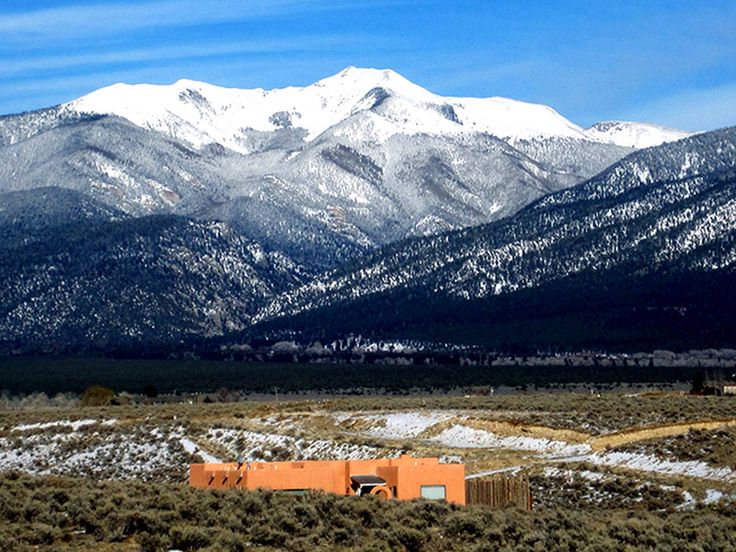 We woke to a brilliant white sunrise over an absolutely still landscape of New Mexico’s first snow. By 10 a.m. it was gone from all but the highest mountain tops.

Two days in Santa Fe is not enough. The museums are brilliant, the ubiquitous art enthralling if a mite homogenous, and the history grand and often hilarious. From Judge Tobin who spent most of his time in a bar to Kit Carson who spent most of his time in dime novels, the wild west slowed down a bit here. The native Tiwa-speaking Pueblo Indians tradition of keeping secret their past seems to have prevailed: An extremely nice Santa Fean gentleman who struck up a warm conversation with me on the plane from Dallas told me to “enjoy yourself as you never have, just don’t stay.”

Nearby Taos is a different world. My personal impression is that this is the last of hippie-dom. More crafts than arts. Sotheby’s, on the other hand, has an awful lot of multi-multi-million dollar private desert retreats for sale up the countless little desert roads around here. There’s a lot less talk and a lot more sitar than in Santa Fe. Everybody goes by their first name, but nobody seems to know exactly where they’re going.

Tonight we go to Catholic vespers at the start of Geronimo celebrations at Taos Pueblo. The Spaniards catholicized the Pueblo Indians and made St. Jerome their patron saint. The annual saint-day tomorrow is the most important day of the year for the Taos Pueblo, and for god’s sakes don’t use TripAdvisor’s conservative admonitions about not bringing children! This is a perfect demonstration of what happens when you try to synthesize modern religion with ancient beliefs. Thank goodness Geronimo won over St. Jerome!

Tomorrow we head west of the Raton Pass that the old wagons had so much trouble navigating, over the high forests across today’s modern ski country into the heart of the Navajo Reservation.