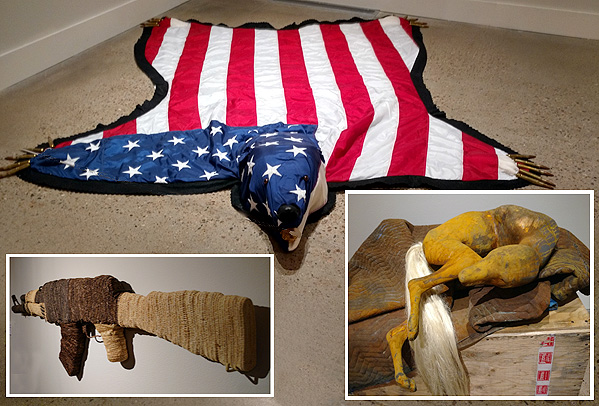 Certain Africa tribes are marginalized by their modern African societies, and this often in spite of noble efforts to reduce allegiances individuals feel towards their tribes. The Maasai are one good example.

This push-pull within a growing, modernizing society is not dissimilar to the history of native Americans. The oppressor is noticeably different: with native Americans it was the colonial conquerors; with the Maasai it’s other African tribes holding power. But many of the dynamics are the same, and I believe both native Americans and many African societies can learn much from one another.

The marginalization of a group of people that as a whole have achieved some sort of sovereignty must be one of the most heart-breaking social phenomenon of the modern age.

In the case of tribes like the Maasai, all the effort and time Maasai devoted to the liberation struggles of Kenya and Tanzania suddenly turned back on them as the society they helped to create began to effect the same type of oppression on them they thought they had helped to defeat.

With native Americans it was different but with the same result. Their agreements – their independence, their sovereignty – was simply over time ignored by America. The result was a slow rollback of agreements that in several cases resulted in the tribes’ effective loss of all sovereignty.

Native Americans had originally settled for sovereignty over large segments of their ancestral land in return for ceding other parts of peripheral areas to America. Outright cash settlements and/or federally guaranteed programs for education and welfare were often baked into the mix as well.

The Maasai went through a similar process albeit nearly a century later when they achieved limited sovereignty of portions of their ancestral lands of Ngorongoro and the Serengeti by the Tanzanian government in 1972.

Neither the native American settlements or the Maasai settlement has gone well, and specifically because the national sovereign in both cases essentially over time ignored it.

This dynamic which I’ll call “cooptive sovereignty” reenforces separation, apartheid if you will.

The deals reached presumed that the autonomous Maasai or native Americans didn’t want to participate in the oppressor’s society. But the oppressor’s society had the advantage of being much bigger and more connected and so developed much faster. This enhanced the distinctions with the coopted sovereign societies.

Many native American communities have now emerged from that period with renewed developments (like casinos, but also tech and aerospace companies) and sometimes renewed treaties. In some places like New Mexico where I am now some of the communities have fully modernized and essentially taken charge of their local communities, but only after fully integrating themselves into local politics.

But the journey was long and arduous. (It’s hardly over, and it makes me wonder if the Maasai will be as patient.) Above all the journey itself threatens the very spirit of the native Americans which was the fundamental motivation for their original agreements.

Santa Fe’s Museum of Contemporary Native Art summarizes this better than I could ever.

“The American Dream is Alive and Well” is an American flag draped over the hide and head of a bear, and the bear’s claws are M16 bullets. “A Nice Gun” in basket weave is an incredibly sarcastic referral to both the limits of native American skills and what the greater American society values the most.

But the most poignant piece is a sculpted creature that isn’t anything normal or real but a hybrid form of life, depicting the modern spirit of a native American as it integrates into greater American society.

Preserving ancient cultures constantly abuts the demands of modern societies. The former presumably can positively impact the latter, but too often they are thrown into uncompromising competition rather than synthesis. That seems especially true of peoples who were conquered then negotiated cooptive sovereignty.

It’s a tremendously complex situation, but I remain convinced that Africans have much to learn from the American experience that might make their journey easier.