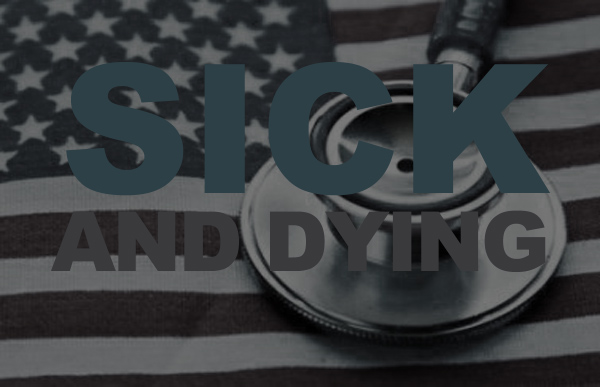 Never have I felt so ashamed despite a life filled with dangers unchallenged and compromises poorly made. Right now I’m sitting in the van Galder bus to Rockford having just returned from several months on safari, writing my mea culpa at O’Hare’s Terminal 5 before it, too, seems too ordinary.

It was incredibly crowded. According to my automated entry receipt the time was 12:57p, Saturday, April 6. I normally cruise through immigration and customs, boasting that I know the best lines and routes, but today I lamented not having Global Entry.

I’d arrived on a Lufthansa 747 that was packed. Just in front of us was a giant Airbus JAL plus an Eastern China Airlines flight and SAS. Immigration was crowded like I’d never seen it: every cordoned line in use.

So I got to know – so to speak – the five incredibly excited young Chinese men that were just in front of me. I don’t speak Mandarin. They weren’t speaking anything I understood, but they were clearly on a trip of a lifetime and it made me smile.

The leader held a fistful of papers. I thought of Kathleen who recently reported of her trip to Tibet how the Chinese authorities made her carry every document related to her trip. How surprised and relieved, I thought, these new visitors would be!

But waiting for them, and me, was ‘The Hulk.’ How terrible to make such judgments by appearance but as it turned out this characterization was spot on. The customs agent was obese, crewcutted, long faced and his uniform was unpressed and untucked. He was all bear.

The first Chinaman to walk up to him was radiant with smiles.

“What are you here for?” The Hulk demanded, grabbing the man’s passport as if it were his own.

The poor visitor to America just smiled and opened his palms.

The man who had traveled half way around the world to come to America, the land of promise and opportunity, lost his radiant smile and looked suddenly terrified.

“Alright, then stand over there until we get you a translator.”

The visitor didn’t understand. The Hulk stepped out of his podium and grabbed the poor man by his shoulders, lifted him up and put him all of three feet further away from him. At this point his leader walked up. The Hulk didn’t realize it was for assistance.

“And why are you here?” he shouted at the new Chinaman, as if these people had no rights or honor or pride. He grabbed the team leader’s passport from his hand with the same disrespect.

The man fumbled a few poor words of English that I couldn’t completely understand and far too enfeebled for The Hulk.

“Don’t any of you understand?! Alright, move over with your friend, you can’t help your friend so we’ll just wait now won’t we? Can’t even answer my question,” he tisked loudly to himself.

The leader brought out his phone. I’m sure to use a translation app.

“Don’t you use your phone!” the Hulk warned.

The leader looked at him bewildered.

“Use your phone and I’m taking it from you!”

The man had no idea what was being asked of him. He didn’t use his phone, but he didn’t put it away, either.

The Hulk grabbed the phone from him and threw it into a drawer in his podium shouting, “This is my world, not yours! You listen to me!”

“No, no,” the Chinaman protested meekly.

“You stand over there with your buddy, you hear me! I’m working here till eight. I promise you we’ll get this done before I get off, for sure! Next!” he shouted to me.

This is where my shame began. I was infuriated. I was prepared to risk my own afternoon and evening just to protest such disgusting behavior.

I walked up aggressively searching for his name tag but he grabbed my passport which I held firmly but ripping it out of my clasp. It was frightening to have it forcibly taken from me.

I was kidnapped in Nigeria. Gunshots surrounded me in The Congo and Rwanda. I was put in a beastly jail in Conakry and my daughter and I were nearly taken by the Interamwe. Broken glasses and torn clothing fell at my feet 12 minutes after the embassy was bombed in Nairobi. When I opened my drapes of my Hilton hotel in Addis I saw a human head impaled on a flag pole.

I don’t think I’ve ever been so afraid as in Terminal 5 of O’Hare International Airport, today.

So I lost my focus. I waited for him to ask me a question, as has always been the case before. Instead all I heard was the powerful stamp of my automated form as he shouted, “Next!” to the family behind me.

I walked away. I shouldn’t have. With each microsecond of distance between the gates of America and the baggage carousel I gulped freedom that I realized was no longer to be taken for granted in this awful, disgusting place that was once a home I was so dearly proud of. What have we all become?