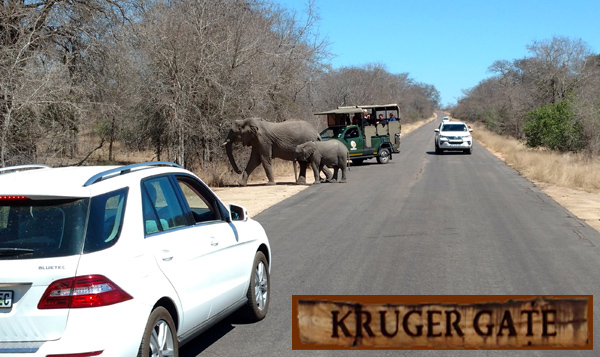 Rather than go directly from one private reserve to another, the standard MO of most upmarket safaris in South Africa, I took my group Sunday into Kruger National Park.

You mean many Americans on safari don’t visit Kruger National Park? One of the best managed wildernesses on earth and the oldest? That’s right. Here’s why.

Kruger is 7580 sq. miles large, roughly the size of the Serengeti/Mara/Ngorongoro complex and just a tad smaller than Maryland. The original idea to set aside public land for communal use was made by the first president of the Transvaal, Paul Kruger, in 1898.

A warden was appointed in 1902. In 1926 the South African government formally combined a number of the area reserves into the greater Kruger National Park. So whether you consider the park started in 1898, 1902 or 1926, it’s one of the older protected wildernesses on earth.

It’s also one of the best. I’ve not always approved of the way South Africans manage the park, but my admiration grew when the park ended the culling of elephants in 1994. Other culling remains on the table.

Some scientists argue without active “carrying capacity” management that requires culling, great reserves like Kruger would lose some of their species.

Think of Kruger very much as Yosemite or Yellowstone. It makes sense that Teddy Roosevelt’s ambition to create American national parks developed after he learned about Kruger, or that the British declared the Serengeti a national park after and getting over their funk about ceding control in South Africa to the locals.

There are about a half dozen private reserves contiguous with Kruger’s western boundary. (The eastern boundary is Mozambique.) They are much smaller than Kruger, of course, and more removed from its ever flowing four river systems, more prong to stress from drought.

A fence that divided the private reserves from the park came down in 1992, which created a “greater Kruger” biosphere almost 20% larger than the park alone.

Some of the private reserve’s original owners are legends of African conservation, but today’s owners lack the science and skills applied to Kruger. They are dedicated entirely to a splendid guest experience, and that’s exactly what we had.

During our four hours in Kruger, we saw ten times as many elephants as we did over our entire 30 hours of game viewing in Sabi Sands. We saw animals that we didn’t see a single one of in Sabi Sands, like hippo. We saw many more crocs, lots more zebra and wildebeest as well.

We also saw one of the most magnificent male kudus I’ve ever encountered!

But we did not see these things alone, as we were in the Sabi Sands. We drove on mostly paved roads or restricted dirt tracks, together with other vehicles. At lunch we had a hard time finding a parking place at the headquarters complex, where I estimated there were about a hundred (mostly self-driver, sedan) cars.

There were lines for the toilets and the lattes. The main picnic site above the Sabie River was fabulous – filled with elephant in tall grass, but you couldn’t get a picnic table easily for a good view.

Note that our guides were as good, if not better, than those at Sabi Sands. Their understandings of the complex ecologies of Kruger were impressive.

A 6-hour game drive in Kruger costs approximately one-tenth of a similar game drive in a private reserve. If you self-drive, it approaches one-twentieth. You can’t leave the roads or tracks as you can in the private reserves, so close-ups really depend on a lot of luck and how well you manuever among other vehicles.

It’s, of course, a matter of style. But it’s also a matter of public access, the entire reason for a national park. For experienced guides like myself, if you can get your mind out of the net of irritation with other vehicles and paved roads, the Kruger wilderness is healthier and more vibrant than the private reserves.

That’s wonderful and an optimistic view for all the animals and plants of this great wilderness!