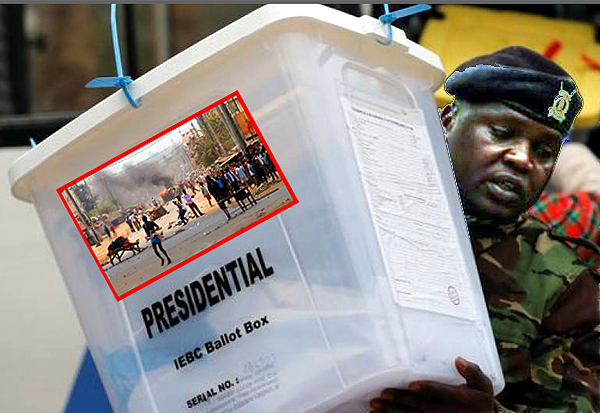 Unusually, we chartered from Kenya’s best game park directly into the international airport rather than normally into a smaller airport across town to avoid having to make that transfer.

We’re hunkered down in a new hotel inside the secure international airport complex waiting for our evening departures to Europe. Violence so far is only in the west of the country, but even here the tension is palpable.

This morning we enjoyed our last magnificent last game drive, four lions and two cheetahs, thousands of gazelle, elephant, giraffe, zebra, thousands of wildebeest all set in one of the most scenic places in Africa.

While we were game viewing police fired tear gas at crowds gathering in the largest city of the opposition, Kisumu. Determining if there’s been any fraud will take time, but neither the opposition or the regime in power is providing any evidence to support or refute the allegations. This is a perfect storm.

We left the Mara with that camp’s staff somewhat giddy that the Kenyan Human Rights Commission – a very respected organization – claimed the election was a fraud. The staff mostly hails from opposition areas.

As we came down under the overcast I saw a Nairobi that was unbelievably … quiet. I saw few cars on highways that are usually bumper-to-bumper. We pulled into Terminal 1D, the domestic terminal, and we were one of the few planes in an area that generally has 2 or 3 per hour.

Accompanied by our charter airline representative, we walked through a terminal that was vacant. I could tell from the representative’s name that he hailed from opposition country, and once I got him talking he said he was expecting violence.

I lectured him reflexively, perhaps too strongly, that actual results haven’t even been announced, but he immediately retorted with a scenario of how those results will be faked as well.

The hotel within the airport complex provides free transfers. I had confirmed our time before we took off from the Mara with an employee there. The hotel car and driver was there waiting for us, but someone else jumped in and insisted it go. I finally got two very dour cabbies to drive us the 5 minutes.

At the hotel it was clear why the transfer vehicle wasn’t reliable. There were a lot of people coming into the hotel without prior reservations. The clerk helping me said they were unexpectedly nearly full.

Not expecting the business, there were long lines for check-in. Then the digital key card system failed so that elevators activated by the card weren’t working. That took 15 minutes to fix.

Once in my room I turned on Kenyan TV nonstop.