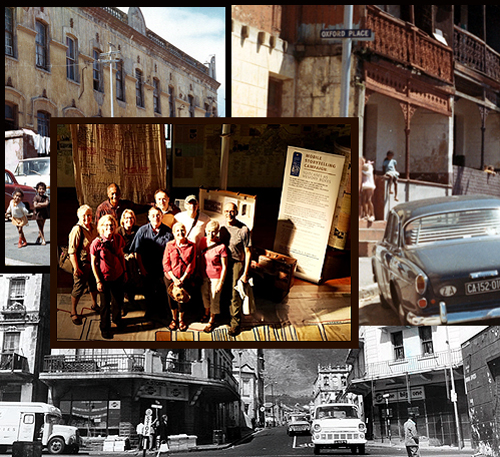 Apartheid is in the spotlight of most sightseeing for visitors to South Africa. It’s not a pleasant tale, but visits of the sort my group took to the Apartheid & Hector Pieterson Museums in Johannesburg and the District Six Museum in Cape Town are uplifting.

Because today’s story of apartheid is how it was ended, and how it must be understood and remembered to prevent it from happening again … anywhere.

Those in my group who visited District Six in Cape Town were led through those dark years in the “Mother City” by resident Joe Schaffers who recounted his personal story.

District Six was one of the oldest and most integrated communities in Cape Town. Residents were often fifth or sixth generation residents and from a variety of socio-economic backgrounds.

They were professionals and blue collar workers. They were commuters and local tradespeople. They embodied an enormous variety of religious groups, from Muslim to Jewish to Christian to Sikh and others.

Borne of the earliest days of Cape Town, many District Six residents carried at least a bit of the legacy of the 18th Century Malay slaves imported to The Cape by the Dutch colonists, although before the 1960s slavery was a topic residents were more prone to hear in discussions of early American than early South African history.

But apartheid changed all that.

“Digging Deeper” is the permanent exhibition theme of District Six as it tirelessly reminds South Africans and visitors alike of the barbaric attempted destruction of this community of 60,000 residents – a tenth of the city’s population in 1966.

The district became an official political municipality of Cape Town in 1867, nearly a century after its earliest residents settled there. Then, almost exactly 100 years later in 1966 the South Africa apartheid government advised the 1900 families living there that they were being “removed” – by designated race – to ghettos outside the city.

They were to be separated and removed so that whites controlling the apartheid government could develop this prime real estate in the city for themselves.

To me personally one of the most stinging parts of this story is that there was hardly any protest by District Six residents. There were frantic attempts by many to be excluded from the removal, or to be granted new race designations to assure removal to better ghettos, or to preclude the action by the government by moving elsewhere themselves, first.

But there were no protests – violent or otherwise – as characterized the opposition to apartheid in Johannesburg (Soweto).

Those of us who visited the Apartheid and Hector Pietersen Museums learned of these heroic oppositions. All of them began non-violently, but when police shot and killed 600 secondary school students in June, 1976, for protesting a change of language instruction from English to Afrikaans, the bloody imprint to revolution was intractably laid.

The individual stories in the actual places where this history took place is a moving experience for anyone. Personally I think it’s uniquely important today.

The immigration problems effecting Europe, much less South Africa itself (see this earlier blog of mine), and the immigration issue central to the American political campaign are all analogous to the issues that birthed apartheid.

“Apartheid” is an Afrikaans construction meaning “apartness,” a belief that society best develops when its people are separated by race. Apartheid was brutal, effective, and “legal.”

Apartheid was condoned not just by the majority of white South Africans, but by many Americans like Ronald Reagan and Pat Buchanan. It was opposed by many, if not more Americans, too, like Richard Lugar and Ron Dellums.

But apartheid has absolutely zero place in modern societies. Perhaps when the Neanderthals were fleeing the Denosovians it might have been useful. But the world today is both actually and conceptually far too congested to think we can live and develop apart from one another.

I’m extremely proud of my fellow travelers, today. Most vacationers don’t schedule much if any of their precious R&R to enter the darknesses of the past, but that’s what’s necessary for any traveler who visits South Africa and wants to understand it.