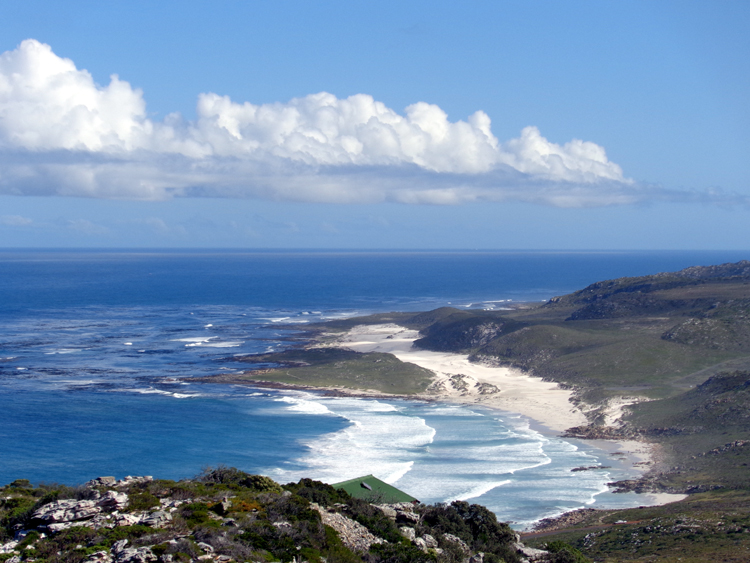 We didn’t “do” the Cape Point like most people “do it.”

My intrepid group of certainly retired if still adventuresome folk decided to pretend they were 35 years old. 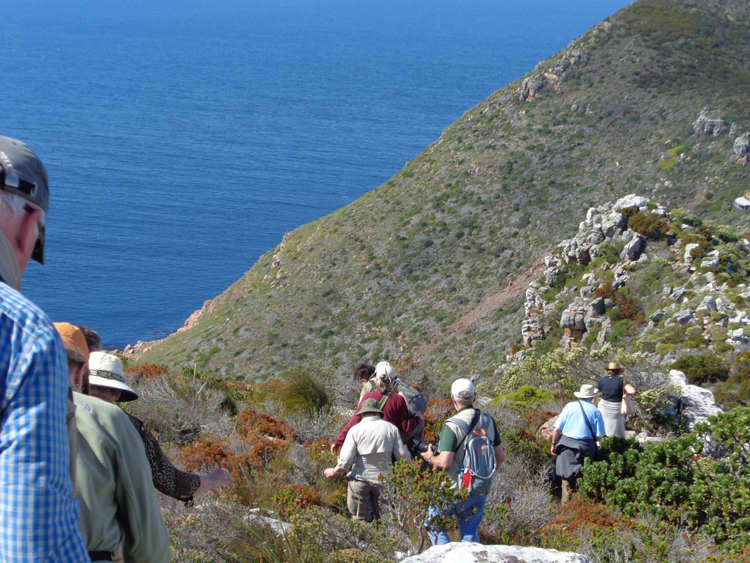 Together with our 74-year old guide, John James from Fishoek, we decided to hike from the southwestern most point on the continent, to the visitor’s center where the funicular is.

But hold on. Not that ordinary mostly level beach hike that takes about an hour and has streams of people, albeit young and fit. No, John James chose for us the Pinnacle Hike, the one that goes up and down 1000 to 1400 feet above the sea, over the crests of the jagged granite mountains.

South African and rugged individual John James said it would take less than 2 hours. Well it did take less than, but not two hours. More like three. But we had given ourselves plenty of time, and traveling slowly, with no disruption to any other hikers because there weren’t any other hikers, we conquered the Cape Point with views to die for!

In fact at the end of the hike no one was the least bit interested in taking the funicular. We’d actually looked down at the lighthouse at the top of the funicular from one of our peaks! 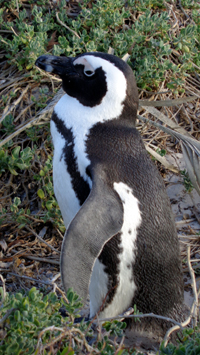 It was a most invigorating day.

We began with the breath-taking ride on Chapman’s Peak, with plenty of stops at shark flags and view points, especially overlooking Hout Bay.

We carried a fabulous seven baskets of overwhelming gourmet food prepared by Cape Town’s outstanding “Dial-A-Picnic“. Fortunately there was an overwhelming amount of food, since several guests we hadn’t expected tore the sandwiches from us: baboons!

Then we traveled to Boulders to see the Jackass penguins. Interestingly the penguins normal June nesting habits have all changed, a probable mixture of global warming and conservation protection. So we got to see new nests, new eggs, new and old chicks.

And the day ended with the beautiful drive down Baden Powell into Stellenbosch where we now spend the next several nights. 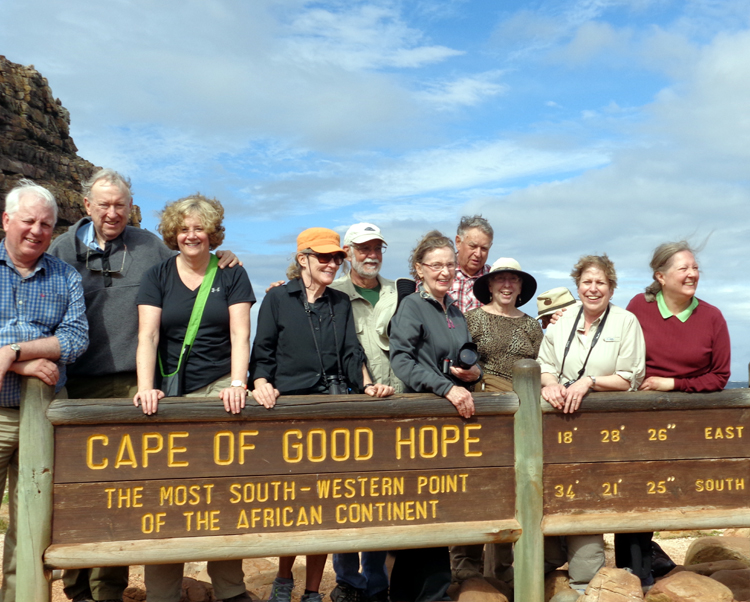