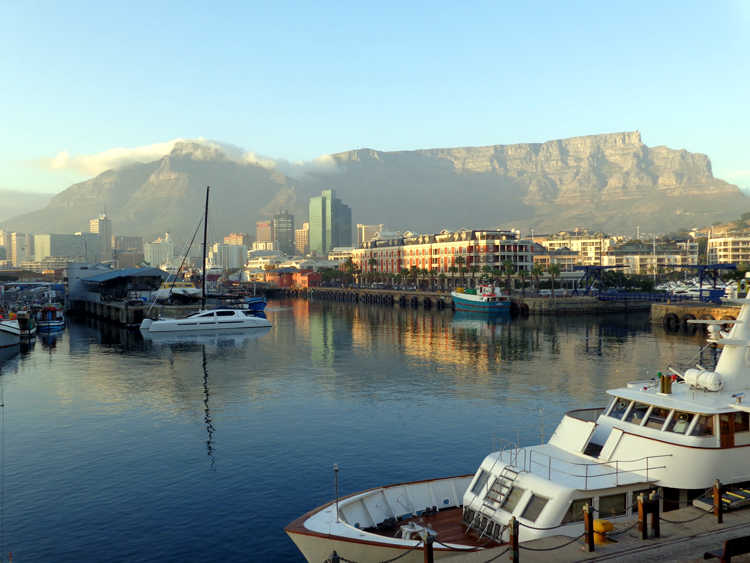 From our breath-taking viewpoint atop Table Mountain the brass map showed us the most direct route to Sydney: south. And to Hawaii: south. And to paradise? Well, we’d already arrived there.

Many of us had five days in Cape Town, others only four, and it wasn’t enough. 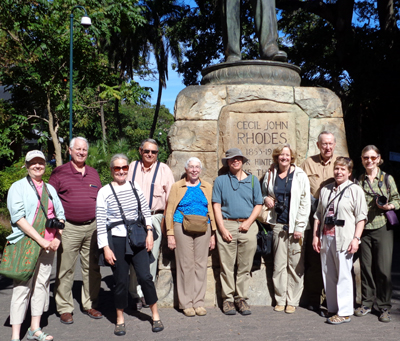 As soon as everyone was gathered I began the orientation with the traditional walk through the Company’s Gardens, a perfect situation for encapsulating South Africa’s complex history in terms of the creation and development of its Mother City.

Modern South Africa began as a way station for “revictualizing” 17th century ships tearing the loot out of East Indonesia and China. It grew slowly and methodically into a complex multi-racial society rife with every human problem on earth.

The Cape was bantered back and forth between Holland and England as its settlers moved away from their heritage into the wilderness of the karoo, creating a whole new society, the Afrikaner. And weirdo geniuses like Cecil Rhodes complicated the human cocktail with the certainties of British imperialism. 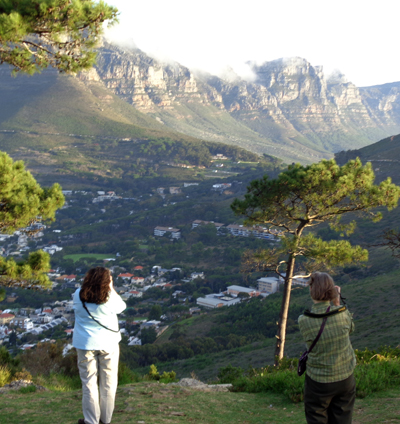 All this and so much more is on display at some monument or garden nook or ancient tree or beautiful stone pathway in the Garden. After the orientation everyone dispersed with personal interests to the several excellent museum exhibitions on around the Garden, to the famous Slave Lodge and to the colorful barter of Green Market Square.

Then a very quick trip up to Signal Hill for an absolutely glorious sunset!

Sunday we spent the morning in the Kirstenbosch Gardens. Local guides make or break a trip, and the legendary Dot Malan took us through the garden with every one waiting on her every remark. 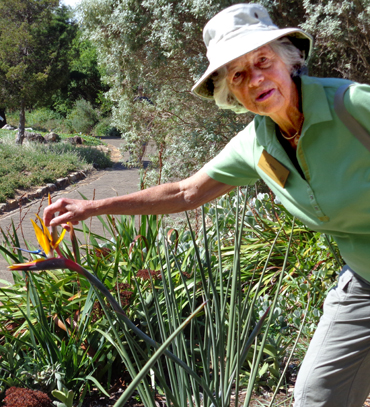 Dot knew so much about everything, from science to the history of the institution, to the anecdotal stories that brought us onto the grave site of a former director, buried beneath an “invasive” oak tree.

We saw the extinction garden, the 1000-year old cycad, the birds of paradise that have to be hand pollinated because the sunbirds here are just a little too short! Kirstenbosch is one of the real wonders of Africa.

Monday another outstanding guide, Pam Knipe, raced us around the top of Table Mountain proving that seventy year-olds is simply a theoretical concept. Everybody hopped rocks like klipspringers, sat next to rare Proteas, and learned of the ridiculously rare floral kingdom that decorates the mountain.


Afterwards I guided the group through Bo-Kaap and District Six with its curious if nagging history of alliance then departure through apartheid, ending with lunch at Bo-Kaap’s most famous restaurant.

The two “working class neighborhoods” with considerably different histories lie next to one another in the Cape Town City Bowl. During apartheid, District Six suffered much more seriously than Bo-Kaap, and the the residents of Bo-Kaap today indeed include the progeny of some of the earliest Cape slave workers of the 17th century. 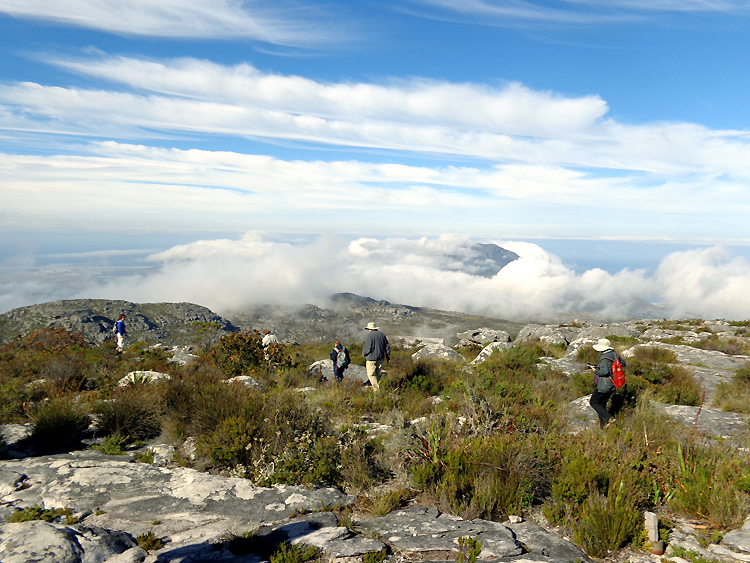