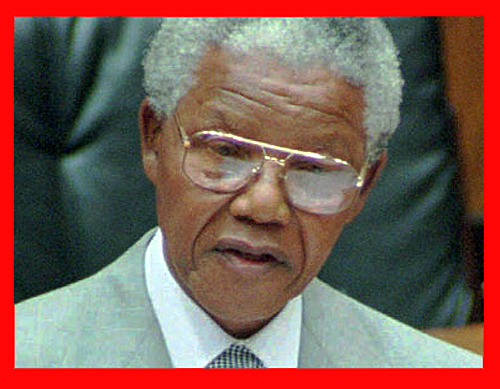 Fifty years on Sunday, one week after the merciless white mercenary Ian Smith wrested control of independence in Rhodesia (Zimbabwe) from the British, Nelson Mandela delivered his greatest speech.

He was in the docket in Pretoria following two years in jail for a variety of charges including murder and sabotage.

Both John F. Kennedy and Lyndon Johnson supported the apartheid regime that brought Mandela to trial. America’s practical diplomacy, which Kissinger would later name realpolitik, needed South Africa’s trade, its uranium, its ports and four missile sites as a contra validation to Russia and China’s inroads in the continent.

The Secretary of State, Dean Rusk, blocked the U.S. from joining the economic sanctions increasingly coming from Europe, warning that weakening white rule would lead to “Communist infiltration.”

Communist infiltration. Inferior race. Slavery. Concepts at one time or another trumped all the glorious democratic principles on which the U.S. was supposedly founded.

And even more ironic that Lyndon Johnson’s great 1964 legislative achievement was the Civil Rights Act.

Alone in America stood Robert Kennedy, who after being denied a visa to visit South Africa in 1965 got one in 1966 and raised all sorts of hell. But not even this was necessarily exemplary morality. Kennedy hated Johnson and seemed positioned to beat him in national elections.

The Founding Fathers were out to lunch in 1964.

During my lifetime I have dedicated my life to this struggle of the African people. I have fought against white domination, and I have fought against black domination. I have cherished the ideal of a democratic and free society in which all persons will live together in harmony and with equal opportunities. It is an ideal for which I hope to live for and to see realised. But, My Lord, if it needs be, it is an ideal for which I am prepared to die.

There have probably been many historical personalities who valued their convictions as strongly and who then, died, and who then, we know little about. The fact that Mandela was not sentenced to death as he could have been likely reflected the apartheid regime’s belief that killing Mandela would have sparked an irrepressible revolution.

I’m not so sure. But I am sure that’s what the Bothas and Verwoerds thought would happen. They were not nice men.

I’m not sure that unwavering conviction is always a good thing. Consider the evil doers of the T-Party or the loonies in the Creationist Movement. Consider the Joseph McCarthy’s or the Klu Klux Klan. Belief just for its own sake can be wretched.

Mandela knew he was not going to be sentenced to death. He knew the white regime better than any of his colleagues, since he had practiced with them as a lawyer. He had felt the bitter racism of his jailors.

He knew that to challenge them with killing him was an ace in the hole. It flipped their own puritanical certainties on their buff. I don’t think Mandela believed the non-white population of South Africa would explode if he were killed. He just knew that his white oppressors thought so.

He didn’t dare them to execute him. He played on their fears of black domination, based on their own visceral understandings of white domination.

Mandela was a great compromiser. He was not T-Partyish. He was the consummate politician who nevertheless managed to live by a set of principles. And that’s why when he came to power, the whites who remained in South Africa prospered.