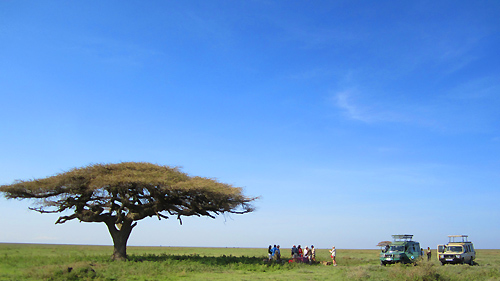 A feral ginger cat on my lap trying to bite off my hand for having left her unstroked during my seven weeks in Africa. Why do I already miss Africa?

Our game viewing was fantastic: wild dogs, lions mating, 7-day old lion cubs and 4-day old cheetah cubs, lion hunts and elephant charges, 8-foot vulture wing feathers grazing our heads, wilde raising dust to the heavens, crocs stalking impala, a 9-foot snake like a flash in the dust, and the blood curdling screams in the night – like a vampire’s door closing on a haunted castle – of the harmless little hyrax. 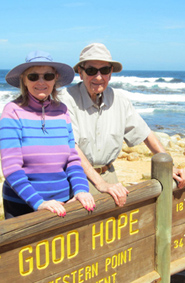 Why do 90-year old veterans return when their doctors say they shouldn’t? Why do residents of America’s own magnificent wildernesses still pay thousands and suffer 30 hours in multiple aircraft designed to compost human beings into cornflakes to set foot on Africa?

No matter how much we learn about Africa, starting of course with the fact that it’s hardly a single place but the world’s second largest continent replete with virtually every habitat on the planet, it remains the wildest place on earth.

And wild is good. Even though it taxes the visitor, physically and mentally, and there’s nothing subtle about it. 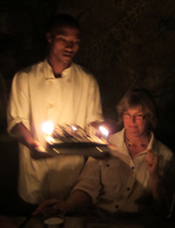 Africa’s challenges are virtually all emergencies, environmental or political or whatever. It seems to me, today, that most westerners recoil from challenges, finding ways to ignore crises: kicking the proverbial can down the street. Africans don’t have that option and western visitors to Africa don’t, either.

So I think of all the varied motivations for the travelers who accompany me on safari, the predominant driver is to experience not so much the specific thrill of a bull elephant’s charge, as of the moment of a true crisis that cannot be ignored.

All the above are untrue characterizations of Africa, but preeminent perceptions by western travelers nonetheless. It’s the best a foreigner who’s never been can conjure as to why they pay so much, travel so far, suffer so many inconveniences and yet come away thinking in an appropriately hyperbolic way that it’s their “trip of a lifetime.” 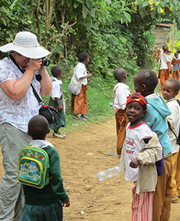 Maybe, but it’s not. Because the feelings that drive the inaccuracies and hyperbole are validated by actual experiences, although in much truer and more brilliant ways.

The end of the game is not nigh, but the intense battle between farmers growing watermelon and Tarangire’s elephants has reached high noon. It’s isn’t the last chance to see huge wild open spaces, but until the Serengeti Highway was nixed by public outcry last year, it could have been.

There are no traditional bomas, anymore, but there are scores of Maasai wallowing in the slums and firing up populist movements igniting Arab Springs all over Africa. There is urban chaos, for sure, but without the pollution of China and guided by a remarkably confident and political youth.

And corruption is no worse than at home, and Africa’s actually doing something about it!

These are extremely exciting revelations to the newbie traveler. You can’t experience them anywhere else on earth.

What a fabulous two safaris I just guided! What fabulous, daring travelers accompanied me! That is Africa at its best: excitement, beauty and insight. What a combination! 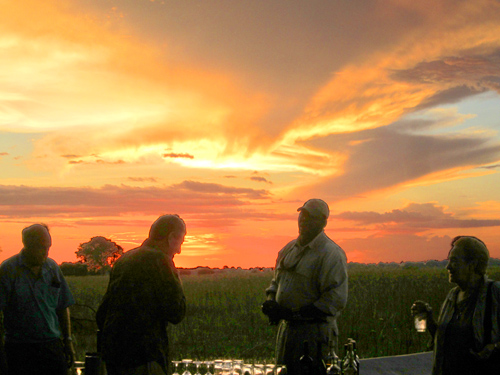