By Conor Godfrey
On Friday, I tried to provide a bird’s eye view of the U.S.–Africa relationship, with an eye for the civilizational points of contact like religious organizations, the number of Americans traveling to Africa or Africans traveling to the U.S., and state to state interaction over trade, security, etc…

I tried to make clear that, in my opinion, the relationship suffers from malign neglect, and a distortion brought on by an over emphasis on development assistance.

Before I offer some big picture ideas on how the U.S. could increase the intensity of this civilizational interaction, I suppose the first question is why this would be a good thing in the first place?

Why should American’s care about Africa, or Africans about America, more than, say, central Asia, or eastern Europe?

My basic argument is this – Africa will be a prime source of both creation and destruction over the next fifty to one hundred years. 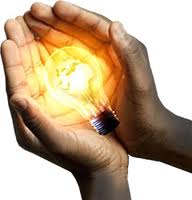 The next thirty years will see African societies and individuals innovate to overcome mindboggling development obstacles.

Where states and societies fail to do so, their failure will spin off destructive forces that will extend far beyond the continent’s shores.

African innovation also tends toward the truly disruptive as opposed to incremental improvement.

Think of how long it has taken mobile money to take off in the United States.

We are just now seeing the first generation of mobile payment processors, while in Africa, mobile payments were achieving wide market penetration in 2007 and 2008 (mainly M-Pesa at that time).

Why? Because there was not an entrenched cash register culture that was ‘good enough.’

Now apply these dynamics to energy and green tech, waste processing, internet and communications technology, whatever; in developed markets, entrenched technology and powerful interest groups stand to lose from truly disruptive innovation, and therefore need to co-opt or squash it.

As Europe, Japan, and other traditional allies turn inward to deal with their impending demographic implosions, the U.S. needs to maintain links with the most dynamic, growing societies abroad.

This includes getting their best and brightest to study in the U.S., and linking our firms with the innovation pipeline coming from emerging markets like Africa.

So lets say you believe that the U.S. needs Africa over the next century.

How do the two societies move their anemic relationship currently based on aid, security, and resources to something more robust? People to people and firm to firm.

Number one. Rebrand America in Africa.

For years America has tried to out humanitarian other countries; the foreign policy and media organs have tried to position American companies and the American people as the nicest, most considerate, and development oriented of all potential donors.

There are simply too many hypocritical counterpoints to really make this narrative stick.

Instead, America should focus on quality and creative cache.

The U.S. MUST protect its brand’s image as the best made, highest quality goods on the market.

Perhaps even more importantly, American companies, gear, and people should present themselves as the coolest, most cutting edge, and most interesting of potential partners for Africa.

The creative and cultural cache represented by this indicative group of people has another advantage—it can reach over, under, and around state governments to connect directly with average citizens.

I suppose you could call this soft power; I would rather call it putting America’s best foot forward.

I could fill Ngorongoro Crater with the stories I’ve heard of entrepreneurial, honest and otherwise fantastic Africans getting denied visas to the U.S. 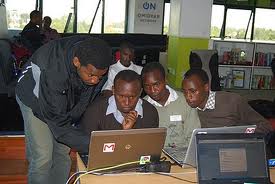 I understand the need to control the borders, and to be discerning, but if the U.S. wants the best and brightest to build ties in and contribute to the Unites States, then those people need to get here first.

If they come here on student visas, and study something practical and valuable, then let them work here if they want!

As I am running out of space and audience attention, I would end by encouraging the passage of the Increasing American Jobs Through Greater Exports to Africa Act of 2012, and urging the administration to take action on the upcoming expiration of the African Growth and Opportunities Act (hopefully by adding tax incentives for U.S. companies who invest in key sectors in Africa).

Everyone, from readers of this blog, to policy makers, to the U.S. diplomatic corps, needs to start thinking about how to deepen this relationship. If it withers in the shade of current great power politics all parties will lose.