By Conor Godfrey
Just a few days ago bipartisan sponsors introduced a bill simultaneously into the house and senate that would, if passed, better coordinate all the various organs of U.S. policy on Africa.

This got me thinking- well, what is U.S. policy on Africa? In fact, more broadly, what does the U.S.–Africa relationship look like now?

Let’s start with official policy, and move into the more nuanced aspects of the relationship.

On a macro level, the only thing resembling a coherent platform for U.S – Africa relations is a trade program known as the African Growth and Opportunities Act, or AGOA for short.

AGOA allows a wide variety of African exports into the U.S. duty free, and in most cases, quota free as well.

Unfortunately, the only real AGOA success lies in textiles and apparel, and this success has been tempered in recent years by the expiration of a law that previously limited textile power houses like Bangladesh and Cambodia from flooding the U.S. market.

These include anti-piracy patrols in the Gulf of Aden, anti-terrorism partnerships in West and East/Central Africa; and, with their check book at least, the U.S. supports peacekeeping and security service training in a number of places.

Most of these programs are run via the U.S.-Africa Command, or Africom, (paradoxically based in Germany), or the 50 U.S. embassies spread all over the continent.

The United States Agency for International Development (USAID) maintains programs in 23 African countries, and in 2010, spent ~ 1.6 billion USD on humanitarian and development assistance.

If you have read any of my other posts, you probably know that I am a development aid skeptic.

I meet formally and informally with African business people every day, and I can say that a huge (I am choosing the word “huge” deliberately) percentage of educated African movers and shakers believe that development assistance is the salient characteristic of U.S.–Africa policy, and bash that assistance as paternalistic and unhelpful.

Exceptions abound: most people cannot say enough good things about U.S. led HIV/AIDS interventions and research, and in places where the U.S. can operate freely, its disaster relief and humanitarian assistance is more efficient and impactful then many other donors.

But are security partnerships and development assistance and international trade the basis of a 21st century partnership?

Maybe. Probably. Well, at least a part of it.

But what about people to people connections?

There are approximately 171,000 Americans living in Africa excluding military, (Source.) compared with 1,612,000 in Europe, and about a million in Asia depending on what one counts as Asia. 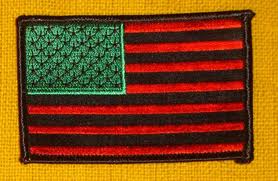 Conversely, African citizens now number around 1.5 million in the U.S., and migrants of African origin constitute 3.5 percent of all migrants to the U.S.

That number leaves out the 40 million African Americans that form the traditional or historical diaspora in the United States.

The real Africaanswerman makes his living helping Americans experience Africa. But only 3% of the 28,507,000 annual U.S. based international travelers visited Africa in 2010 (Likely inflated by the World Cup in South Africa!)

There are other ties of course; American religious organizations of all stripes have ties in Africa, and we are just starting to see educational institutions partner with African universities.

However, I have been looking into the best international policy graduate schools the U.S. has to offer, and the African offerings are slim.

The picture I am trying to paint is that of a relationship that screams for attention and coherence.

In my next blog on Monday, I will highlight how I think policy makers and thought leaders in American society could build on natural U.S. ties to the continent, and why I think U.S. society would be better off if we did so.