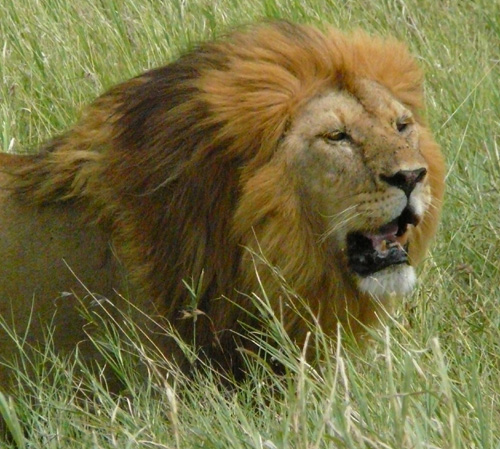 Four lion brothers together for life is not unheard of, but quite unusual and we watched them in Tarangire today after they had mastered a huge kill.

The childrens books’ rendition of lion or the incomplete TV documentaries make people believe that every lion belongs to a pride headed by a grand master who only occasionally does temporary work for MGM.

But that’s not really the case. Lion prides are composed of almost any permutation of males and females of almost any number up to and sometimes exceeding twenty. Females once together generally stay together their entire lives, unless something like a harassing male forces one away perhaps while attempting to eat the lioness’ cubs. 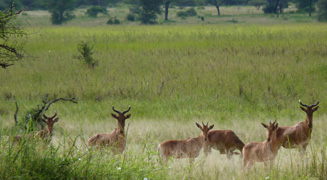 But take any number of lions, any combination of male and female, and you constitute a pride. And today in Tarangire we saw four brothers, fat and sassy from the night’s kill, drinking in the Silale swamp.

Their bellies were bulging, their manes grand and disheveled, and several faces bloodied by the battle of the kill. One limped. One was tailless, perhaps the result of losing a colossal fight to one of his brothers for the right to go into a pride and mate.

We had not too much earlier seen two male cheetah – all of this along the Silale swamp. The cheetah struck me as unusually anxious, and that seemed odd as they are among the friendliest of the cats. But discovering the lions right down the road explained that.

Hartebeest, dozens of birds, and the inimical landscapes of Tarangire at dawn and sunset and even during the day. It’s been raining hard and the white morning glories are covering the veld, altering the somber view of a misty morning with absolute radiance. 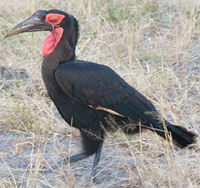 One of my favorite moments early this morning was not just coming upon a family of ground hornbill, but arriving while they were still piping their organs! The sound of the ground hornbill carries for miles, so I’ve often heard it, but not up close. It’s usually only in the very early morning.

But here they were piping away hardly 20 meters from us, the deep organ note sound resonating so loudly there was nearly a fizz after each note. The commotion we learned was prompted by an aging juvenile who wanted the giant bullfrog his mother was carrying, and mom had decided he was old enough to get one himself.

So we watched as he complained and complained then finally with the speed of a cheetah darted at his mom practically turning her over and tearing the frog out of her mouth! 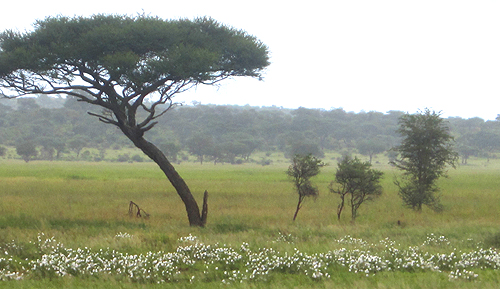