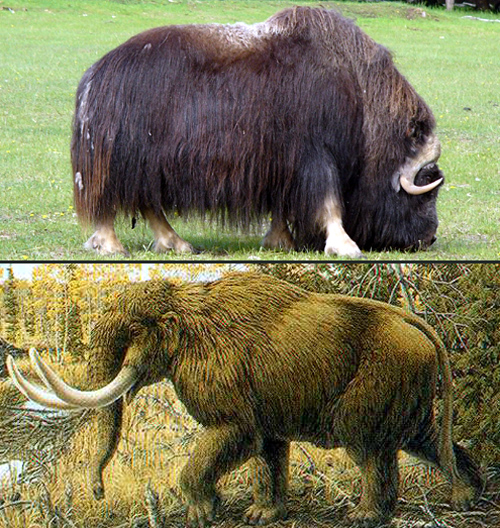 The ecology of Planet Earth’s Far North is mysterious and often perplexing, sometimes hilarious but more often terrifying. Our first full day in Fairbanks introduced us to the remarkable biology of this Far North.

I love to start in Fairbanks, and most of my clients spend a full two nights here, and quite a few, three nights. There’s plenty to do, and it’s an important introduction to the Far North ecology of this remarkable part of the world.

It’s also an active scientific point where climate change is more readily observed and terribly respected. We’re going to Kantishna tomorrow, the west side of Denali national park, where one of the three lodges was washed out by record floods and rain only a few weeks ago.


Here’s where the ice cap and glaciers are disappearing, where the coastline is eroding fast, where oyster farms are dying because the water’s getting too hot.

Here’s where today I got lost inside the University of Alaska campus because of another sink hole detour (they’ve had three this year), as a result of the permafrost melting.

In addition to the flashy but fun tourist attractions like the Riverboat Discovery, today we went a bit deeper and more academic.

Curator of Collections, Angela Linn, gave us a special behind-the-scenes tour of the University of Alaska’s remarkable collections: more than 1½ million items! We were able to feel mastodon fossils and gaze through security alleys filled with ancient Inuit sleds and snowshoes.

The Museum is a centerpiece of the university, a real research station for anyone doing Far North science. The part which is open to the public, the Museum of the North, is one of the finest and most digestible science museums I’ve ever visited.

Afterwards Dr. John Blake, the university’s veterinarian and director of its Large Animal Research Station (and 9 other life animal research stations) walked us through the station’s extensive grounds describing the work being done on reindeer, caribou and muskox.


Reindeer are originally Russian caribou that have been domesticated for a long time. But it was interesting learning about their differing biologies: the reindeer are much more biologically precarious, growing antlers sometimes at the rate of 2″ per day! The mystery is why, and how relatively rapid domestication produces such variance with the wild animal.

Dr. Blake then told us the remarkable story of what may be the most interesting of the Far North animals, the muskox.

Now farmed for its exquisite qiviut wool, the muskox was probably extinct in most of the Arctic by the 1900s, probably a mixture of over hunting and disease. Today there are nearly a half million and many are farmed for their extraordinary wool, a dozen times warmer (more insulating) than sheep’s wool and softer than cashmere.

There are few animals that thrive at -40F and get sick at 50F. That’s the muskox, and needless to say may be as threatened as the polar bear by global warming.