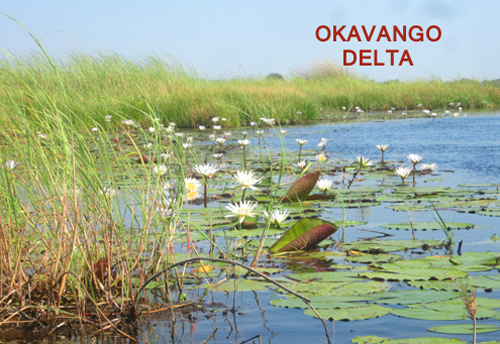 The one-of-the-kind Okavango Delta in far off Botswana, like every other part of the world, is threatened by the unusually rapid global warming caused by Chinese factories and soccer mom’s SUVs in Minneapolis. It makes our trip now even more treasured.

Numerous studies as early as 2007 from a variety of high-tech government organizations around the world have established that the Okavango is in for a mighty wallop. I experienced it myself last year when the flow from Angola was so severe we were flooded out of our first camp.

Numerous tourist businesses in Botswana suffered from that flood. This year it’s better. The flow seems to be ordinary, but that’s not the end of the story. The rains, which generally have had minimal impact on the water levels of the Delta, have been so intense in the region that rivers, roads, lagoons and lakes are overflowing. 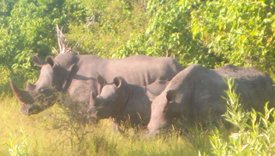 The ice cap has to go somewhere.

Few places in the wild world are studied as intense as The Delta. This is because it’s so unique. No one is happy with what’s happening or is expected to come, soon. Too much water in The Delta will change it significantly.

But what does this mean for animals and plants, for the system as a whole? I’ve often written that the ecology of Africa is marvelously adaptable. The problem is what will that adaptation be? Retreat from man? A part of the downwards spiral of increased carbon emissions?

I worry about that for the Delta. The storms have been so intense, all sorts of lighting fires have been started this year. Add to that increased human pressures, particularly from honey harvested in wilderness regions, and fires are spreading through the Delta as if it were San Bernadino in August. 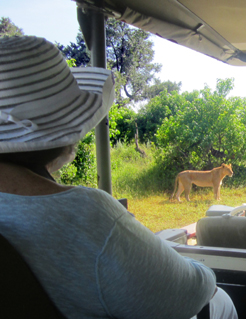 And then there’s elephants. So many. Too many? Elephants contribute to the loss of forests, and forests recycle carbon gases.

For my clients this time it was magnificent. In one game drive alone we saw the Big Five, mainly because rhino reintroduction throughout Botswana by a number of organizations has been so remarkably successful. I’ve often seen the Big Five Minus Rhino on a game drive, but I can’t remember the last time I’ve seen them all on a single several-hour game drive.

So for the time being and thanks to such wonderful projects as rhino reintroduction, the Delta remains spectacular.

But, for how long?