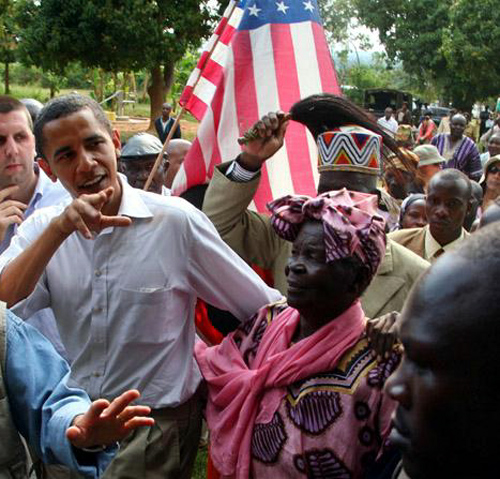 In Arusha today rumors abound that President Obama will cancel his visit to Tanzania next week, because of Nelson Mandela’s failing health and the Snowden Affair.

Africa thrives on rumors like nowhere else, but my experience is this is so because they’re often true. Put another way, the NSA wouldn’t want to put a station here.

On the other hand, Arusha is the center of Tanzanian political dissent and Obama was never scheduled to muddy the waters by making his host, Tanzanian president Kikwete, venture into an area that hugely dislikes him.

But nevertheless last week’s rumors were that Obama was going to make a quick surprise visit to the north, where Arusha is located, just like President Bush did on the last American presidential visit here.

After all, this is where the big game animal parks like the Serengeti are, where much of Tanzania’s development in agricultural export is growing, and certainly the most educated and globally engaged part of the country.

My sources are the best there are: taxi cab drivers. I was with three different ones this morning in Arusha, and with little prompting they all said the same thing. They were also uncharacteristically hesitant to talk politics, almost as if doing so would contribute to the possibility Obama won’t come.

Africa’s love affair with Obama when he was elected has changed. There’s a lot of resentment that America has seemed far less engaged with Africa than under the last two presidents. Many respected experts are calling the trip “long overdue.”

I expect there are many protagonists who feel slighted by the world recession and the priority world leaders had to give that. And whether or not Obama has more severely slighted Africa than immigration groups or returning vets, he has hardly “disengaged” from Africa:

Total bilateral non-military assistance for Africa has risen from roughly $7 billion in Bush’s last year as president to $7.6 billion today. That’s a modest increase, but when set in the context of the world recession and the fact that much American aid was decreased, it’s actually a positive number.

But the headline is how dramatically military aid has increased – or at least we think so, because those figures are near impossible to parse. But the level of Obama military involvement from Somalia to Kenya to the CAR to Malawi is widely known and very considerable. Many of us have written that it is too involved.

But Obama has kept all this under the radar; I understand why there was little stomach to publicize our considerable military involvement, but I don’t understand why we didn’t tout our non-military increases in aid, explaining the relatively smallness in terms of the global recession.

“Kamma Obama,” one driver explained: ‘That’s Obama.’ He’s widely viewed throughout the continent as too soft-spoken and too much of a conciliator. Africa politics and culture is not accustomed to such politeness.

Tanzania is the place where the president’s most important speech is scheduled, and that because the Obama Administration hopes that East Africa will move more quickly to implement its East African trade agreements. It seems that all American administrations place increased trade as a top priority in dealing with Africa, and it becomes easier when African neighboring countries break down the barriers that exist between them, first.

But elevating Tanzania to this importance may be short-sighted. It’s understandable that it wouldn’t be Kenya, with the country’s president and vice-president under indictment from the World Court for crimes against humanity, but few consider Tanzania more important than South Africa or Senegal, the other countries scheduled to be visited.

An important part of any American presidential trip is to promote democracy, and Tanzania is hardly the shining example. A week ago Saturday an opposition rally in Arusha was bombed and three died, and many in Arusha believe the government if not directly responsible probably knew it was planned but did nothing to prevent it.

From my point of view, this is the real “disengagement” of Obama. He seems to have a good wide-angle lense on the situation here, but has no time for details. This lack of focus suggests distraction, but regardless it may be something his administration is coming round to realize.

And so an excuse like Mandela’s ill health or Snowden’s night flight to Havana might be all that is needed to scratch the journey at the last minute. And until the right, better focus is achieved, that might not be all such a bad thing.