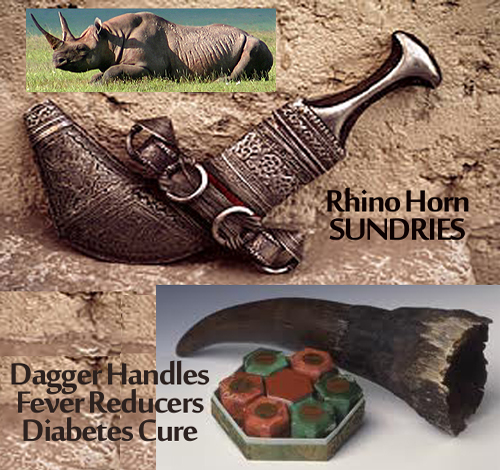 NPR’s series this week on rhino poaching is probably worth paying attention to. Here’s some background before listening today to All Things Considered:

Be cautious. John Burnett’s terrible reporting for NPR on elephant poaching not too long ago set me ablaze. He fouled up the numbers completely, came from the wrong perspectives and reduced a complicated issue to hardly a cartoon.

PBS was just as bad, but had redeeming parts. The February production that included Aiden Hartley going undercover in Dar-es-Salaam to document that trade in illegal ivory was brilliant, but their numbers and back stories that introduced the stealth section were poor if not patently untrue.

So why am I directing you to another American public media production about animal poaching?

Because the synopsis presented over the weekend by reporters Frank Langfitt and Gregory Warner sounds good. Both reporters are more experienced than the reporters assigned to the elephant story.

Because many, many bloggers and experts – not just me – were highly critical of the elephant reporting by NPR and PBS earlier. Some of that noise had to get through.

Because basic facts, which have been buried in scandalization for years, are already out in the story and look good: In the whole summary, I did not hear once any reference to rhino horn being used as an aphrodisiac. It isn’t, but this reference has peppered stories of rhino poaching since time immemorial, a racist and horrible injustice to the bigger story.

Rhino horn is in demand — as with ivory — in Asia but for medicinal, holistic beliefs in its curative powers. Used for centuries as a fever reducer, newly rich Asians (mostly Vietnamese) buy tiny erasure-size blocks of compressed horn to cure everything from diabetes to hangovers.

For the poacher in East Africa, though, the main market is Yemen, Djibouti, Eritrea and thereabouts, where rich businessmen buy the horn to polish it as a dagger handle.

In the ATC story summary we heard this weekend, Langfitt and Warner conceded that even after poaching there are still enough rhino births annually to continue increasing the population.

(Media that they are, however, they’re unable to avoid teasing us with scandal, claiming that at current rates this will not be the case by 2017. I doubt that.)

And they have drilled into the attempts at real solutions, including horn cutting and controlled rhino farming and harvesting.

So unlike the huge bulk of elephant reporting these last several years which has been terribly incorrect, and of which NPR and PBS have contributed to messing up, this one might be different.