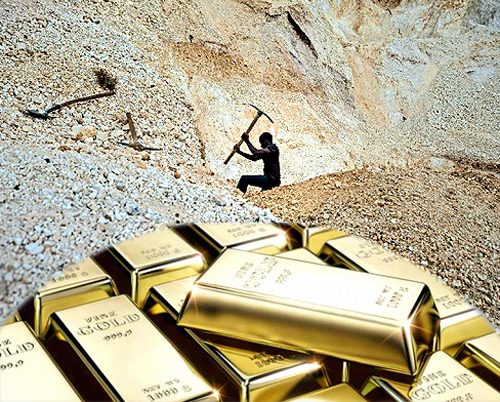 At least 54 billion cubic feet of helium has been found in Tanzania. Add the country’s enormous gold reserves, large uranium deposits, massive coal, nickle and platinum reserves, Tanzania is now one of the richest countries in the world!

Helium’s not as sexy as gold or uranium, but may actually be worth more. Engineers worldwide are celebrating the discovery as relieving the critical shortage of the gas which has stressed markets and high-tech companies for more than a decade. Helium is so important that the U.S. stockpiles it just like oil.

For nearly 25 years Tanzania’s natural resource deposits have just grown in leaps and bounds: More of the Great Rift Valley lies in Tanzania than any other country, and this is the reason it’s so resource rich. Yet the country remains poorer than 150 of the 185 countries ranked by the IMF in 2015.

The World Bank has lamented this situation for years: “Tanzania sits on about 15 trillion cubic feet of proven natural gas reserves, equivalent to approximately US$150 billion … or 6 times Tanzania’s current GDP,” the bank advised in 2012.

Four years since that announcement, no natural gas has been extracted. Do you know how popular natural gas is at the moment?

For more than two generations, Tanzania has been unable to benefit from its enormous natural wealth. I’ve often written about it.

There are several reasons. Corruption underlies all of them.

Mutinational mining companies like Rio Tinto — which has tried multiple times to work in Tanzania and recently announced plans to develop its coal after abandoning both gold and uranium contracts here — are no sweethearts to work with. Tinto’s North Mara gold fields were often criticized by human rights organizations for miner abuse, even of using children. That led to a number of worker revolts. Tanzanian mines are often closed.

Point here is that government regulationa exist against all such workplace practices, but officials choose not to enforce them. Why? I’ll let you guess.

While the government developed the cities and airports near the mines years ago, it has allowed maintenance to horribly lapse. Mines need electricity. Tanzania has almost as many blackouts as electricity. Mines need roads. Tanzania never builds roads; it lets foreign donors do that.

In the end the Chinese have cornered the Tanzanian mining market. Chinese dominate the gold and uranium mines, and I expect they will dominate the helium ones as well. That has been disastrous for the Tanzanian environment as Chinese mining practices are governed from afar by a home authority that looks sideways on its own expressed environmental concerns.

Tanzania’s problem is manifold, but in the end it all comes down to corruption. Often that corruption is started by the multinational. Understandably if yet distasteful, it’s hard for a lowly official who has not been paid by his government for three months to refuse a bribe.

That’s the core problem, really. It isn’t that people are evil. It’s that corruption is now systemic. The regulator’s income is paid by the company he regulates.

The current president, John Magufuli, is on a crusade to right the ship and end corruption. Just like every other president for the last 40 years.