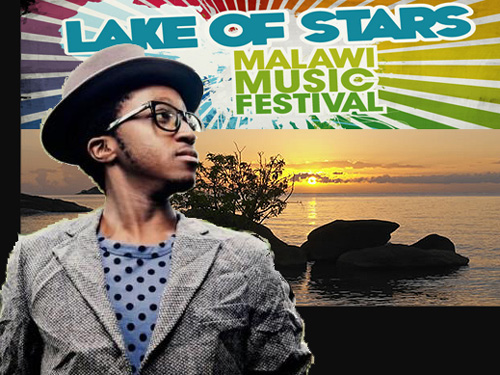 At last! A music festival that treats AfroPop as a melting Good Humor Thing. Last weekend’s Malawi Music Festival did it right.

The music of Africa has never been just drums and air blown through hollowed out animal horns bashed away on xylophones. And in Malawi, they just proved it!

Human voice in vibrant, distinctive exhalations is something the west has successfully adopted into its own music for centuries. And for the last generations good African musicians have been sticking punk into reggae!

Malawi hasn’t been a place for great African music festivals. In the past it was South Africa, Nigeria and Mali, more or less in that order. And South Africa will always dominate African music. But Nigeria is too complicated and Mali is now too unsafe.

So taking up the slack this year was Malawi’s Lake of the Stars. And what I particularly liked about it was they didn’t pretend to be AfroPop. This ridiculous notion that AfroPop is something discovered homegrown, sort of like a baobab tree, is nonsense. Modern African music has been a very recent work in progress, including so-called AfroPop, and is heavily influenced by the west, Britain especially.

The Lake of the Stars featured this perfectly. Not only were the great African stars included, but also western stars whose music is considered heavily influenced by African artists.

It is a two-way stage.

I’ll let you decide as you enjoy:

Peter Mawanga, a home-grown Malawian about as far away from AfroPop as Chicago is from Dakar. Great music. And his video really shows how modern life works its way into times of old.

Nyali is fantastic. This video explains specifically how they are trying to mix African culture into (in their words) “modern instruments” and music. What I find really interesting is a definite Arab cum-Egyptian vocal style.

Fabulous reggae by Malawian Chiozo. And the lyrics of this song explain why modern music anywhere, even Africa, will always be influenced by the west, for it was the west that conscripted Reggae and turned it into Chiozo’s style. (Go on YouTube to hear a blastful of Chiozo singing Frank Sinatra!)

Representing Big Time, the Noisettes, one of the UK’s 6th most popular bands according to Entertainment Weekly, came to the lake with their remarkable mix of reggae and early rock. The band has morphed from wild and crazy to a style that today evokes a close kinship with African love songs.

Now I’m not sure I like this. Oliver Mtukudzi-Raki : traditional African songs mixed (sometimes too mixed) into mixtures of mixed modern instrumentalism. It’s too mixed up for me, but he’s incredibly popular.

Sam Duckworth: Get Cape Wear Cape Fly. After a run-in with a conservative British politician several years ago, the British rock star Sam Duckworth became a converted political radical. His free concerts for poverty eradication at home and abroad have gained him international billings, but Africans feel some of his earliest music (D.A.N.C.E., in particular) shows a deep African affiliation.

There weren’t too many traditional performers, but here’s one. Aly Keita is from the Ivory coast and is famous for making his own xylophone-like instrument as a modern version of an ancient African hollow flute drum.

I hope like me, many of you won’t like this. But the point is that from the earliest bands in Africa, disco prevailed: Reverend and the Makers. Disco to me it is, no matter how interrupted the tempo or beautiful the video. AND disco will forever be in the African soul.

The epitome of the amalgam of Africa and the west is Afrikan Boy. From Nigeria, he’s made it big in the U.K., and now sends it all back home.

Zimbabwean Tinashe is widely considered to be the next rising star. This particular video is before he was signed by Island Records. You can go on YouTube to see how they polished him up, but I think this original is better.