We lovers of Africa are focused this week on the biodiversity conference in Nagoya, Japan. It’s a big conference with big ideas that will have very, very small outcomes.

As a kid who grew up in a reduced biodiverse environment (a crowded city suburb being sprayed by DDT and taken over by McDonalds), the moment I stepped into Africa my heart exploded with wonder. Then I went to the Amazon, having trained my senses of observation, and I’m still overwhelmed.

We like to see lots. Lots of legs and eyes, and lots of colors, and lots of unimagined shapes and even unexpected natural outcomes. This sense of newness is essentially an integral component of joy.

And that, in fact, is one of the main arguments for biodiversity. My great hero, E.O. Wilson, calls this biophilia.

It’s fitting that the UN staged this conference of nearly 200 nations in Japan, in the center of Asia’s modernity and development, because it’s there that biodiversity is of lesser importance.

Woe be it for me to characterize an entire hunk of world culture, but since I have no academic professorship to lose I’ll do so, anyway: Asian cultures are far more dedicated to stability and status quo than western cultures. Their much longer history provides many more models and guidelines for immediate sustenance.

(Two Qualifications. In blogs we have qualifications, instead of footnotes. 1-There are many Asians more passionate about biodiversity than George W. Bush’s EPA administrators. 2-Societies like ours, obsessed with wealth, may likely espouse biodiversity more than an Asian counterpart, but we may end up damaging it more.)

So while Asian myths and religions are far less egocentric, their economies and societies are more practical. If there’s a bluefin swimming out there, eat it.

It’s a rational argument. If instead we spend our resources to save the bluefin – which takes a lot more resources than eating it – we deplete our community’s ability to sustain itself, much less develop.

And once that bluefin’s gone? Aha, there’s the question, and there’s no obvious answer. 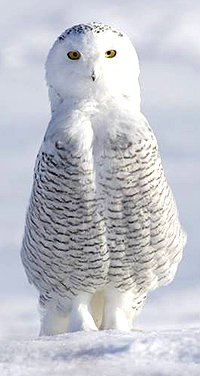 Wilson believes this worry – this What If – is an important caution that has been hardwired into our brains. He doesn’t suggest, though, why Asian cultures might be less governed by this than he or I am, so I will explain: As cultures age (and Asian cultures are much older, remember?) our hardwired biophilia is eroded by fresh thought. Thinking mostly about a future infinitesimally small in any context of changing natural processes. Worries about the moment.

We Lovers of the New & Different have a very hard time trying to explain why we shouldn’t be pulling garlic mustard from our county preserves. Pure biodiversity nuts like me believe the world all by itself will find the best balance with the unnatural intruder known as a businessman.

That doesn’t mean some help isn’t needed, mostly in the form of stopping the Armani shoe from squashing a spider on the sidewalk – restraint, but it also doesn’t mean that the ecosystem doesn’t need wide leverage to create success when competing with Wall Street.

It also doesn’t mean that Richard Leakey isn’t right: a 6th great extinction may have been underway for some time, at least since the first edition in 1995.

And it’s not an extinction we should fear more than our overreaction to it by clearing garlic mustard from county preserves. The time would be much better spent in Nagoya trying to find a hotel room.

Next argument has many fewer conundrums, because it’s simple. If we don’t save that tree now, we won’t have discovered the cure for schistosomiasis that it carries.

An analog to the argument is also simple: we simply don’t know enough to risk losing something important to us. We aren’t skilled enough to know the effect of killing all those noseeums just because at the moment they’re crawling up our nose.

Almost all the countries of the world are represented at Nagoya for this conference, and those attending are widely in favor of protecting our biodiversity. But their handlers and the politicians to whom they report hold the purse strings. They aren’t policy makers, or if they are, they are there to soften any conclusions that might be made. 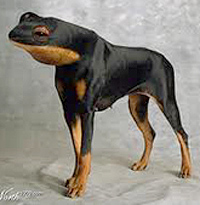 The troubled world of humankind has little time today to worry about the wild flowers in the garden. It’s the oil underneath that commands attention.