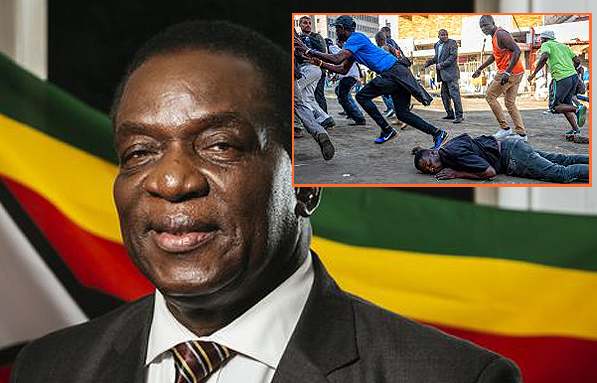 Four days after a hopeful election that inspired the world, Zimbabwe has returned to its dark cave. Masked groups move through the country abducting known opposition supporters.

Persons on the streets are tortured and beaten. There’s not much more to report. Zimbabwe has retreated from the outside world. Outsiders dare not visit.

“Men armed with axes and firearms forced their way into the homes of known opposition supporters in the early hours of Sunday morning,” the Guardian article continues. “Relatives of Happymore Chidziva, an MDC youth leader, were questioned, then transported to a disused factory where they were badly beaten before being dumped at a roundabout.”

There may, though, be a lesson in this for us free-minded people. The election is over. Whether it was rigged or not – and based on the reports from legitimate overseas observers there at the time, I don’t think it was – the outcome has not changed Zimbabwean society.

If anything, the election strengthened the forces of autocracy and brutality as a method for running a society. If it was a rigged election, those who rigged it felt the appearance created legitimacy. If it was not a rigged election, how was it, then, that people who voted for the current regime didn’t realize this would be the result?

“We were fooled in thinking they can hand power through elections,” tweeted one of many similar responders to a BBC tweet that “Zimbabwe… struggles to escape its past.”

The past in society is like precedent in jurisprudence. Normally it governs the future. The lesson we can take from this oh so sad situation in Zimbabwe is that with every transgression that the public accepts, the wrongs condoned mount until they can no longer be effectively challenged.

Zimbabweans accepted the Mugabe era step-by-step. Each step itself might have seemed small but now it is a wall of power no one seems capable of mounting.

Take heed America. Didn’t Trump confirm there was something else bad he did this weekend that the country is just shrugging its shoulders about?