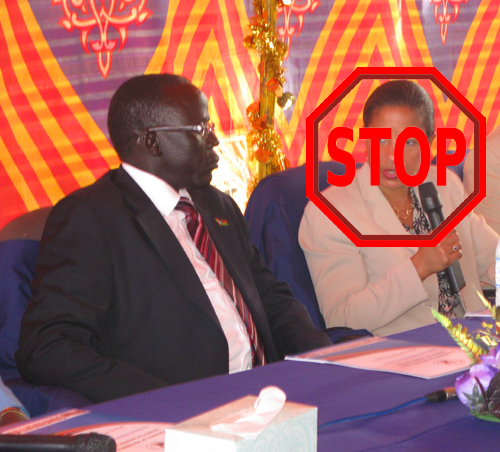 Susan Rice’s performance on the Sunday Talk Shows incorrectly explaining the Benghazi attacks is a perfect example of how she has historically allowed political considerations to trump more important foreign policy or human rights considerations in Africa.

She’s been acting like this for years. She seems incapable of intricate analysis and quiet diplomacy. She’s no engineer of foreign policy. She’s a cheerleader. Africans don’t like it. I don’t like it. Americans should not make her the Secretary of State.

There are more, but these are the main ones.

Contrary to the Huffington Post that I usually love, there were plenty of warnings that the Kenyan embassy was going to be attacked in 1998.

An Egyptian agent, or double agent initially set up by the FBI gave warnings of the attack on East African embassies about nine months before it happened. The details were published long ago by the New York Times.

After years of further investigations, Frontline organized all the evidence in a way that was resounding proof that plenty of warning had been given, warning that had been ignored. At the time, Susan Rice was advising President Clinton on African affairs and had to have been involved in the decision (or lack of decision) to do something about the intelligence.

The memorial has had a website for years: memorialparkkenya.org. The URL is confirmed by Google. But the website no longer works… for some reason.

But worse than the 1998 bombing was the 1994 genocide in Rwanda. The U.S. and France are specifically responsible for having allowed the genocide to happen by their actions blocking the Security Council from sending in more peace-keeping troops as desperately requested by the Canadian General at the time.

France refused to increase peace-keeping because of a complex historical feud with Belgium and France’s blind support of the Hutu who at the time were plotting the genocide but had been seriously repressed by the existing Rwandan regime.

Clinton backed France because of his being burned by BlackHawk Down. It was a cowardly response, and one for which he has since apologized.

There is a wealth of literature on this. The two best are the movie “Hotel Rwanda“ and the book, “We Wish to Inform You That Tomorrow We Will be Killed With Our Families.”

According to a former President of GenocideWatch, Dr. Gregory Stanton of Woodrow Wilson Center for International Scholars:

“The U.S. government was forewarned of the impending genocide. Communications were sent by cable, e-mail, and secure telephone… [But] Policy makers in Washington, D.C., especially Anthony Lake, Dick Clarke and Susan Rice at the National Security Council… did not want the U.S. to get involved in another African “civil war.”

The decision to “not get involved” hooked America into a mind-boggling expensive refugee and human rights initiative, followed by billions for Rwanda aid that continues today. But beyond the expense, we’re talking of at least a million lives lost.

The guilt of supporting Rwanda is something Susan Rice knows deeply and is deeply entrenched in. As the DRC Congo/Goma crisis deepened this fall, she specifically in her capacity as UN ambassador engineered multiple softenings of European led initiatives to impose sanctions on Rwanda to restrain its wanton support of the turbulence there.

A few weeks ago, America began reversing this overly cautious policy. It was terribly wrong in the beginning and has certainly led to more violence than was necessary.

Perhaps the best example of Rice’s inability to perform more than a political role was her performance in The Sudan, including Darfur and the creation of South Sudan.

The secession of South Sudan from the greater Sudan is overall a diplomatic victory for the world and most certainly a good move for the citizens there. It took more than 20 years and involved a serious civil war that the U.S. was deeply involved in.

But the creation of the new state was poorly done. Two years after independence, South Sudan is still mired in military difficulties with the north in a modern way, and with several ethnic groups in ways reminiscent of William of Orange. The untold oil wealth is not being mined because of this instability and a refugee problem within the country has grown severe.

Rice must shoulder much of the blame. She consistently created PR moments, sound bites and veneers of western institutions neglecting the much more difficult and intricate process of creating social institutions.

At a critical juncture in the negotiations that were leading to the two-country solution in The Sudan, Rice actually organized a rally of blurry-eye Juba citizens hurriedly rounded up for something more akin to an American political rally.

As reported by Matthew Russell Lee of InterCity Press who was traveling with Rice at the time:

“‘Are you ready to protect your country?’ [Rice shouted to the small crowd.]
Yes!
‘Are you ready for independence?’
Yes! … Another diplomat … would later call it a “political rally” and deem Susan Rice’s organization of the Juba leg as inappropriate.”

Rice has never displayed the insight or vision of a Hillary Clinton. She is schooled in American bureaucracy where she has percolated through the ranks and become one of its best soldiers.

One of Obama’s most serious failings is his inability to freshen up government. Rice like Geithner and others in his close circle, are old boys/girls who have rarely lived on the outside. While you might say the same of Hillary Clinton, it could be that rising to the top as fast as she did insulated Hillary from the strictures of soldiering Rice has not liberated herself from.

I’ve come to believe that Obama chooses people like Rice and Geithner not completely from a lack of his own personal courage, but because he very deeply believes in the American government status quo. He eloquently describes government’s ups and downs, but he sees overall America as on the right path.

I’m more radical. I’d like a visionary who shakes up government and doesn’t rely exclusively on old people with old ideas to join him at the helm. Africa has changed so quickly and so radically in my lifetime, I don’t think someone schooled and processed through American bureaucracy for her entire life is how we as Americans should be represented to Africa.

And he, and I, think that’s just the way it should be.