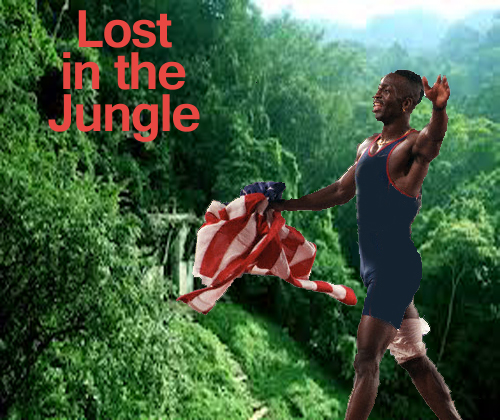 Starve Rwandan and Ugandan dictators of any aid, significantly beef up the UN peace-keepers in Goma, allow the “Arab Spring” to develop and let the chips fall where they may.

That’s my solution for the Goma catastrophe.

It surprised me that Goma has stayed in the news. I’m not sure why, as the current crisis is probably less severe than multiple other ones in the past.

But suddenly there are Congressmen, movie celebrities and evening nightly news casts all talking about the catastrophe of Goma. Yesterday morning NPR featured a story and that was followed by an excellent hour of OnPoint featuring a Goma resident as panelist who writes the blog I have closely followed for several years.

This is so surprising but too overwhelming to explain. Anyway, we’ve got the attention that has been lacking for nearly 20 years.

Goma in particular and the Kivu province in eastern Congo of which it is the only large city has been an ungovernable cauldron of unspeakable violence, bubbling with untold natural resource riches, for more than two decades. The question is – and always has been – how to achieve the peace to release its mind-boggling riches.

While technically a part of the country of the Democratic Republic of the Congo (DRC), not since the ruthless and crazed dictator Mobutu has the DRC effectively governed, there. The city and the province are controlled alternatively by thugs, crazies on drugs, and ruthless militias all competing for the vast wealth under its soil.

The UN has had a peace-keeping force in Goma almost continuously since the Rwandan genocide. It’s had some success, but as demonstrated last week when a tiny militia of only 1500 rolled into Goma, the UN force is too weak to provide real security.

There are three players in Goma’s world, each with their own story:

RWANDA
Susan Rice is an important component in “what to do with Goma” and it’s not good news for her. I’ve never liked Susan Rice. My feelings probably originate with the fact she was Clinton’s closest adviser on African affairs, and she shares blame for much of what is happening, now.

Clinton could have prevented, at least for a time, the Rwandan genocide of 1994 but he specifically refused to do so. He has since apologized. Rice has been less forthcoming, although she was the person advising him. The presumption is that she concurred with if not crafted the decision.

The genocide and its aftermath resulted in more than a million Rwandan Hutus fleeing into Goma and Kivu. There they stayed, prospered as warlords and gangs that later became known as the Interahamwe soon posing a real threat to the Tutsi in control of the Rwandan government.

American guilt has never been so expensive. The amount of money the U.S. poured into Rwanda is absolutely mind-boggling. The stated mission was to provide security for Rwandans, especially from the Interahamwe, and to create a life style that has proved truly the envy of any African anywhere in east or central Africa.

But all this has happened at extraordinary cost, and there is no strategic need for America to do this, and the result has been to create a western country-oasis in central Africa.

No other country in Africa has fiber optic cable laid to its most remote locales. No other has a satellite “Museum of Photographic Arts.” No other African country offers a completely free 12 years of primary and secondary education to virtually every child.

The quality of medical care in Kigali hospitals rivals South Africa. Every Rwandan family is guaranteed at least one cow. The government intends that every single school child get a free laptop, with 32000 having been distributed before this year.

This is not a typical African country. It is a construct of western guilt. And it has created a monster:

Paul Kagame as president has imprisoned and assassinated every whisper of opposition. To him Goma and Kivu become a threat to him if they grow stable, as they will most certainly be ruled mostly by Hutus and at the very least provide sanctuary and training for his enemies.

From Kagame’s point of view, the only alternative to promulgating instability in Kivu is to give it to him lock, stock and barrel.

UGANDA
Uganda is the thug in the triad. Uganda’s western border is much longer with Kivu than little Rwanda. The Mountains of the Moon separate the two, but they are hardly a buffer to the experienced militia of the area, in fact they provide sanctuary.

Uganda like Rwanda has benefitted from the black-marketeering of rare earths in Kivu, and the current ruthless dictator president, Museveni, is a Tutsi. It’s abhorrent to him that his neighbor be ruled even moderately by a Hutu. And even more abhorrent that he be cut out of such rich black market rewards.

American support of the Museveni regime is even more embarrassing and immoral than its support for the Rwandan regime. I’ve written tomes on the horrible history of American involvement in Uganda’s repressive regime.

THE CONGO (DRC)
It’s ironic that the legitimate governing authority is the least important of the triad. The DRC has become an incredibly corrupt country. The president stacked the last election’s ballot boxes in almost comic ways yet succeeded. But the world recognizes the DRC as the legitimate governing authority, and so anything the world does will have to include it.

The U.S. is adrift in the jungle, still guilt ridden and not acting properly. The worst of American history is repeating itself. We are creating colonial proxies for our incorrectly presumed interests, regardless of the legitimacy of those powers and their history of human rights abuses.

We are propping up Museveni in Uganda and Kagame in Rwanda the same way we propped up the Shah of Iran and the Contras of Nicaragua. Will we never learn?

And with regards to Goma it paints us into an untenable position of broker between dictators. The actual people of Kivu, the students of Goma, the radio stations and attempts at free press, have no faith in America.

It is time to let the chips fall where they may, but our responsibility to redeem our malevolent past means we must first reduce Rwanda and Uganda to a natural state, a state without American blood money.

I don’t doubt that in the 4-5 years this will take that the turbulence in Goma and Kivu will escalate, and that absent the paymaster, Rwanda could teeter on new genocide. We can counter the worst of this by putting all our own chips in the UN basket, by considerably beefing up the UN forces and giving them a more aggressive mandate to maintain peace.

But it’s time to stop trying to master puppets whose strings slip from our hands with our tears. We are so terribly terribly sorry.