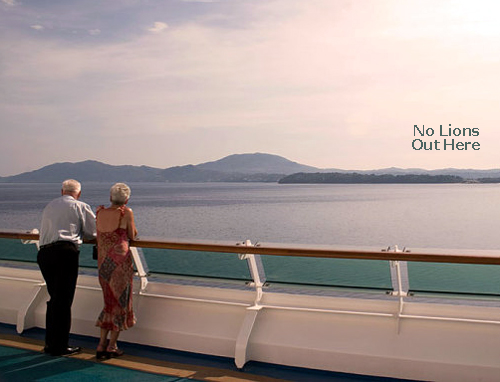 Why are more Americans traveling than ever, but many fewer to Africa?

American tourism to Africa continues to decline (third year in a row), while overall vacation travel oversees is booming: up 5% over last year, which was up 13% over the year before! That’s amazing.

North American travel to Mexico is off the charts. Europe is up 7%. Even the Middle East is up 6% (which has to be explained given the extraordinary crises, there. Ethiad, Emirates and Qatar airlines are massively growing and are exceptionally good. Even for American travelers going, say, to Russia, there is now a greater likelihood that they will be traveling through the Middle East and counted as visitors there.)

African tourism has always been based on European business, and that’s nearly dried up because of Europe’s mess politically and economically. The last decade’s surge of Asian visitors to Africa, mostly from China, is slowing because China’s economy is slowing.

South Africa has always commanded the largest number of tourists into sub-Saharan Africa, but this year tourism shrunk 23% from Europe and 27% from North America, despite the Rand being at historical lows.

Statistics for East Africa are always hard to get and not available until the end of the year, but the indications are that Kenya is holding its own while its neighbors are all decreasing.

“Indications” include the habit of governments like Tanzania to announce aggressive tourism initiatives when the numbers become dreadful. The numbers must be dreadful:

Last week the Tanzanian government announced plans to build an “online portal” for tourists, which like past initiatives will probably never be funded and is a terrible idea anyway.

American travel to Central America is flat and to South America is down 12%, only a percent less than Africa.

Travel to much of South America and Africa has always been classified, somewhat wrongly, as “adventure travel.” There is, in fact, more outdoorsy travel within the U.S. than for U.S. travelers abroad. What “adventure travel” really means is “more risky” travel.

Add to this cost. The cost of adventure travel has increased much faster than the cost for conventional vacations. There are all sorts of reasons for this, and none of them is easily reversed.

We’re stuck for the time being with a very expensive safari versus a very economical cruise on the Rhine.

The older American I believe is the one boosting current travel statistics as retirees and soon-to-be-retirees recover their pensions and savings. They have always represented the penny pinching, cautious part of the American traveler market.

American travel companies to Africa are mostly, too, in a tailspin … except for OAT, a frequent advertiser on public radio whose audience is preponderantly older.

That reveals all: The OAT itineraries to Africa are cheap. They are also incredibly scaled down. Shorter than their competitors’ trips, in several cases in East Africa they offer hardly a fifth as much game viewing (the expensive part of a safari).

But they offer some game viewing and they are … affordable: Perfect for retirees just regaining their financial footing.

Younger Americans are still finding their footing. Provided we don’t elect a Republican who starts another war, I think they will start effecting travel in the next five years. Then, “adventure travel” and cost will have less of a negative impact.

Until then, buckle your seat belts. Viking River Cruises will sail into more and more horizons and there ain’t any lions in those horizons.