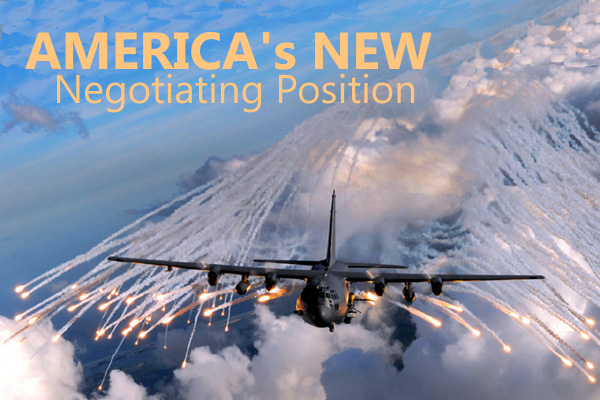 The Trump Administration’s new military rules of engagement have destroyed years of peace-making efforts that were coming to fruition. Terrorist bombings and conventional attacks are substantially increasing as the U.S. goes on the offensive, particularly in Africa.

So far the U.S. has acknowledged only one soldier killed in Somalia and 4 in Niger, but local reports suggest far more – perhaps dozens – of U.S. casualities as the Africa war explodes.

Donald Trump and his generals are stoking terrorism unlike anything seen since the invasion of Iraq. What was unfortunately reported in the press as only an arcane matter of changing some rules of engagement has unleashed American force unseen since World War II.

Most notable is the horrible increase in terrorism in Somalia. In April Trump sent soldiers to Somalia, the first public deployment since the catastrophe of Blackhawk Down in 1994.

The first US strike in Somalia was on June 11. Attacks have grown by leaps and bounds since. According to the Long War Journal, U.S. Special Operations forces have launched 15 airstrikes against al-Shabaab in Somalia since the beginning of the year. Five strikes were launched in September alone.

The result has been a horrible series of retaliatory massacres across Somalia, including the massive attack several weeks ago which killed more than 350 people. As I wrote at the time, that particular attack would probably have been foiled a year ago before monitoring resources by the U.S. had been diverted and replaced by soldiers and firepower.

The October 15 attack in Mogadischu was barely reported in the American media and not even mentioned by the Trump Administration. The attacks have continued. Just a few days ago it was clear that once again resources that had been used to stymy attacks have now been diverted to firepower.

The result: many, many more Somalis killed by suicide and truck bombings retaliating in the capitol. What’s worse, of course, is the public sentiment is changing in support of the terrorists.

That could change. In a rare bipartisan effort, Congress begins hearings today on war authorization legislation, despite a broadside from the Administration to delay the hearings or minimize their outcome.

Returning to the failed notion that greater force will work is hopelessly sad. Diverting resources and allegiances assembled during the Obama administration to surveil and intercept terrorism is absolutely nuts. Conventional warring has never beaten terrorists and it won’t, again.

Organized quasi states, like ISIS and al-Shabaab’s control of Somalia, can indeed be broken up with greater force as they have been. But it doesn’t last. The core fighters disperse into guerilla mode, create more terror, find new sanctuary and grow with the public support created when foreigners appear as occupiers.

Make no mistake, once every piece of concrete that Trump pulverizes in Syria or Somalia which might allow him to declare victory and return home few soldiers is nothing but very temporary. It will all start up again, bigger and worse.

The brief moments of military victory the Administration may report now, are simply the eye of a growing storm.